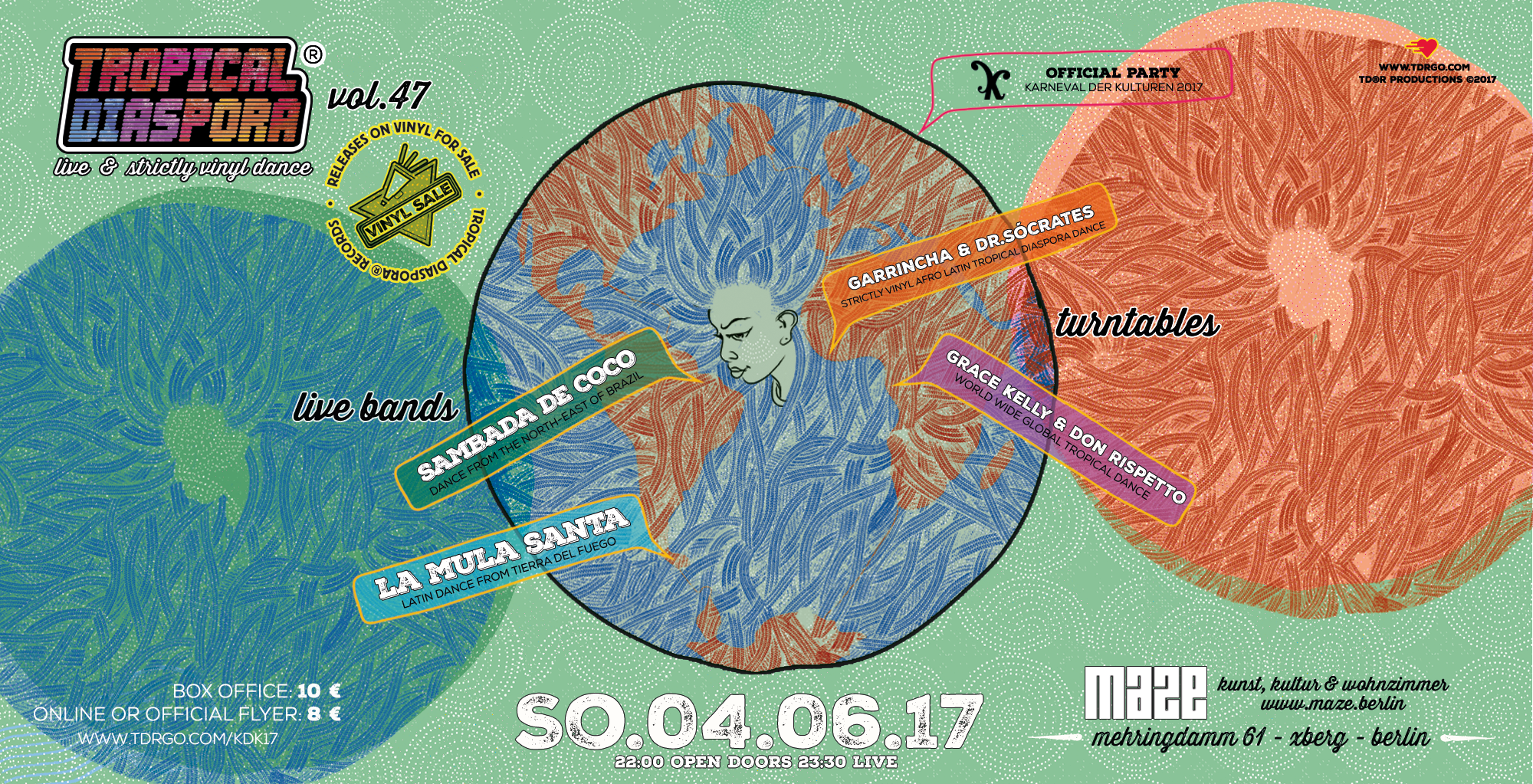 Hello Tropical Diaspora fans. We’re still here yes, diaspora we are. So are you, we hope.

After our winter pause the Tropical Diaspora Party is proud to announce the come back to the “all night long groove tropical party”. We begin the season this year with a great after party to the street parade Karneval der Kulturen 2017.

This night is more then only a after party, two record labels will be in the house with their records releases on vinyl for sale special prices.

We are waiting for everybody that have enough energy and illuminated vibes to dance with the best Afro Latin Diaspora music live on the stage along La Mula Santa and Sambada de Coco from Brazil. After show party with the best selection on vintage and new vinyl you ever listen to, with the Tropical Diaspora Records Dj collective Djs Garrincha & Dr.Sócrates featuring  Selectora Cecilia Yzarra from Peru.

At last but not least! Djane Grace Kelly and Dj Don Rispetto complementing the diaspora night with musical diversity from tropical bass to reggae.

Furthermore, you will come together with the artists from the street parade groups that will be there with us and enjoy the party in one of the best venues in Berlin – Kreuzberg, the MAZE an amazing basement in the original taste of the Berliner 90ties.

Samba de Coco is a typical rhythm and dance of the coastal regions in the north-east of Brazil, with its roots and origins in the federal states of Pernambuco, Paraíba and Alagoas and has been further developed by Brazilian fishermen and field workers. The Sambada de Coco is worn by Brazilian percussionists who play many different types of coco. This is a collaborative activity for which Coco is sung and danced.

Coco is an African-influenced musical rhythm that originated in Northern Brazil. “Coco” may also refer to the style of dance performed to the music, a kind of stomping. The name “Coco” (Portuguese for “coconut”) is a common Northeastern Brazilian slang for head, referring to the fact that song lyrics are often improvised. Coco is often performed with a repetitive musical beat and call and response singing reminiscent of Capoeira music. The music is commonly performed at traditional parties in the Northeast, such as weekend street parties and Carnival. Coco is also alternatively known as “embolada” (another slang word, meaning “entangling”, referring to the fast, slurred, machine-gun style of singing).

The characteristic sound of coco arises from four instruments commonly used in its performance: the ganzá, surdo, pandeiro, and triangle. Performers also often wear wooden clogs, the stomping of which adds a fifth percussive element.

Featuring  Selectora Cecilia Yzarra (Peru) ★ Peruvian, migrant in Sao Paulo and selector of vintage latin music on vinyl. Cecilia has been a Peruvian immigrant for 8 years in Sao Paulo, a nostalgic lover of vintage latin sounds, a vinyl collector and an great music selector. In his personal collection he has Brazilian music as well latin and world music rhythms. She has a collection that includes afrobeat, samba rock, psychedelic rock, soul, funk, boogie, guaracha, salsa, merengue and especially cumbia, chicha, Boogaloo and Afro-Peruvian rhythms.

DJane Grace Kelly Mix combines mainly Afro-Brazilian music with Latin American sounds like baile funk, that her mix with electro and house. But as any cross-cultural DJ is also influenced by other rhythms and with her trained ear she catch Oriental Breakbeats and Eastern rhythms that make their way through her mix. 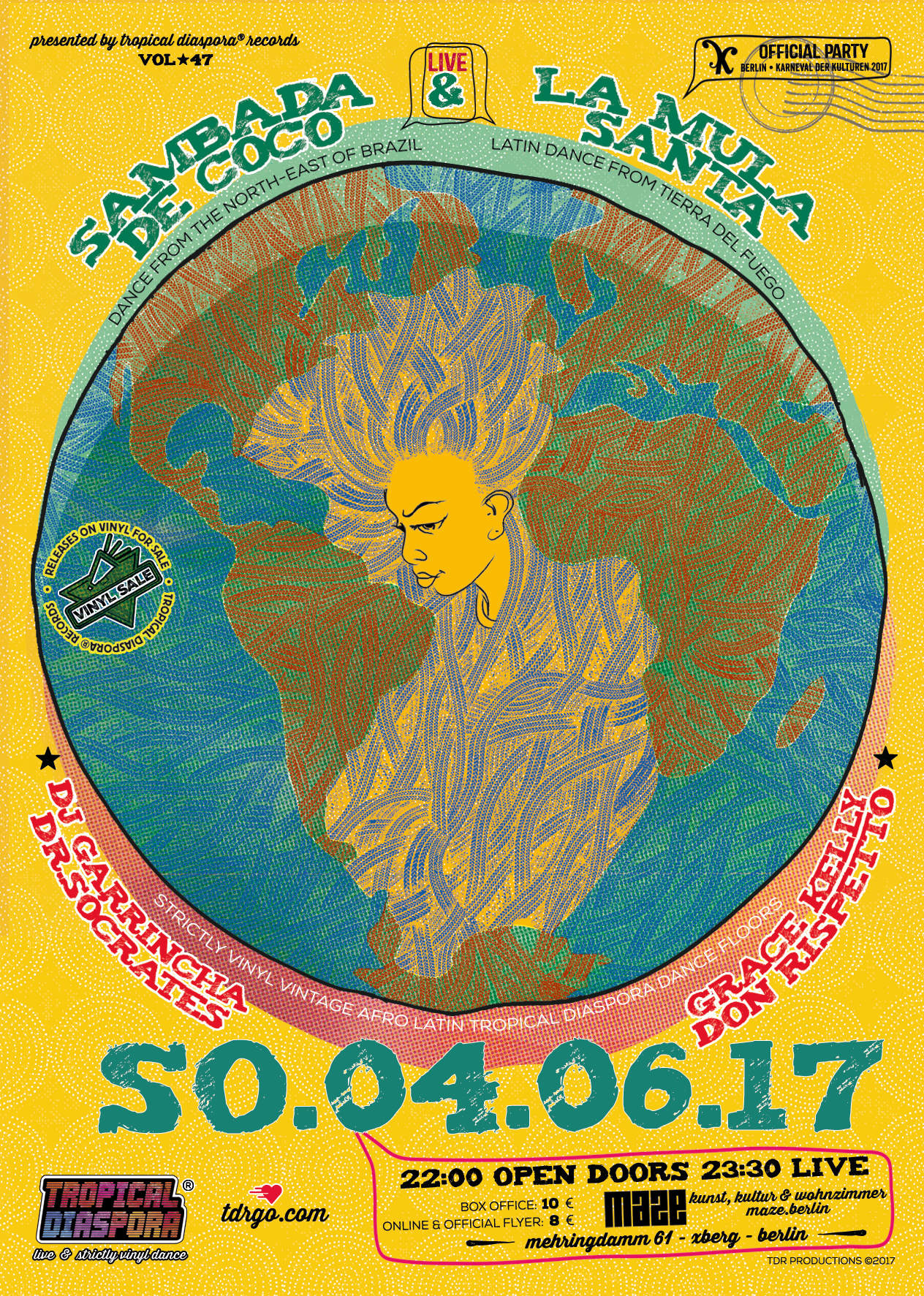 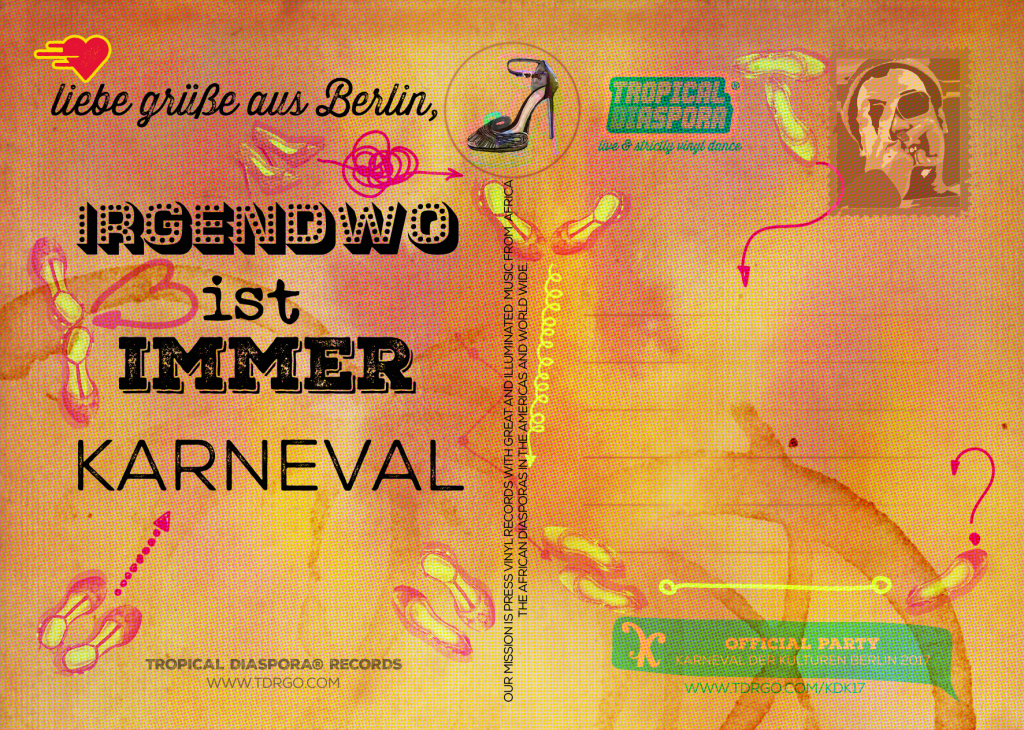 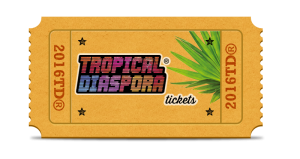