We at Tropical Diaspora® Records are very happy to be able to announce a new Radio Broadcast.

Gió Di Sera aka Don Rispetto is fighting for the right thing since a long time or like Spike Lee would put it he is doing the right thing!. Gió ´s fight happens not only in the Radio but on the streets of Berlin – Kreuzberg, the mythical district in the Germany Capital. Kreuzberg was during the Cold War era one of the poorest areas of West Berlin, but since German reunification in 1990 it has become more gentrified and known for its large percentage of immigrants and descendants of immigrants. Kreuzberg is noted for its diverse cultural life and experimental alternative lifestyles.

Gió Di Sera and the Streets of Kreuzberg

Exactly in this environment since more then 10 years Gió Di Sera is fighting for young people aged 15-25 with many sponsors, supporters and cooperation partners in the Kreuzberg district, the Senate, artists and in the private sector. With the StreetUniverCity® Berlin a recognized independent agency for extracurricular education. The SUB combines international youth cultural work with professional orientation and political education. We work at a low (minimum) threshold, relying heavily on working with mentors from the young people’s cultural environment and making use of the young people’s language, styles and codes. Above all, the SUB aims to reach those young people who have slipped through all conventional educational systems. StreetUniverCity is not a school, vocational training or university, but an informal, cultural learning field. We work with empowerment and peer education.

Don Rispetto and the Radio

Gió aka Don Rispetto started at Kiss FM in 1993 as a radio host. In the middle of ’97 he switched to radiomultikulti, where I hosted my own Saturday DJ special radio show “Radio Kanaka International”. This show was primarily intended as a forum for new talents, but also for established artists to give them the opportunity to present themselves in their own way (“Radio for da people”). The whole spectrum of the multicultural off-in culture gathered in my studio. The news from the international music and art scene was then brought to the people with the “Berlingo”. And as a Master of Ceremony, it was and still is my job to design programs, organize events and jams and of course to convey everything with a relaxed flavor.

Don Rispetto not only support Tropical Diaspora® in many opportunities, but he is our partner in various events giving us time in his radio broadcast, playing as guest in our events or contributing to our vinyl productions. Don Rispetto was responsible for the connection with a band from Bologna in Italy called El V And The Gardenhouse with the record El Doctor & Tamarita.

With this new single El Doctor & Tamarita of EL V and The Gardenhouse Tropical Diaspora® Records brings to you not just the superb music of the Italian combo but something that we love at Tropical Diaspora® Records, that is, music with political content and, in this case, nothing less than two inspiring tracks about revolution: the revolutionary socialism of Tamarita and the Corinthian Democracy led by Doutor Sócrates that can be summarised by the phrase “Ser Campeão é Detalhe” / “Being Champion is a Detail”. A revolutionary music that introduces a group of musicians who after thirty years of activity aren’t going to give up. Tomorrow is going to be too late, says EL V, who creates a live-based musical experience in a versatile cultural, linguistic and social context. We have to make a difference today!, because it is today that we have the urgency to intervene, to regain control of world going adrift!

Don Rispetto featuring Djs GArRinchA and Dr.Sócrates in his show at multiculti.fm

The show will be live streamed at Saturday 26.03.2021 9 a.m. at Radio Kanaka International / multiculti.fm

With great pleasure i´m proud to present you a relevant label in the global contest of the musical afrodiaspora and the people beyond it. It´s all about tropical Diaspora and Djs Garrinche & Dr. Socrates. Includes some vinyl rare and fresh tracks and a touch of militant philosophy. (against the corona blues), for all the amici of the gut welt wide musika Stay stark forte und Healthy und never vergessen la Solidarieté inna di SolidarCity de Berlin (Berlingo style)

Dj Garrincha mix tape: Rebellion on the crossroads of the Afro Diaspora

In researching for our record productions in various countries around the world, we observed how the African diaspora is now making use of the phenomenon of Afro-futurism in many areas of art. At the same time, we know about the social changes that the activism of the Afrobeat movement arouse, first in Africa and then worldwide. One of the most important characteristics of Afro-futurism and Afrobeat is the rebellion against the loss of African identity through everyday dehumanization, exploitation, alienation, oppression and inhuman treatment. This is where the causes of violence against and senseless murder of black people worldwide lie, as can be seen in countless examples: starting with individual fates named in the media such as George Floyd in the United States or João Alberto Silveira Freitas in Brazil or the migrants in the Mediterranean and to the majority of black people in the suburbs of metropolitan areas around the world. 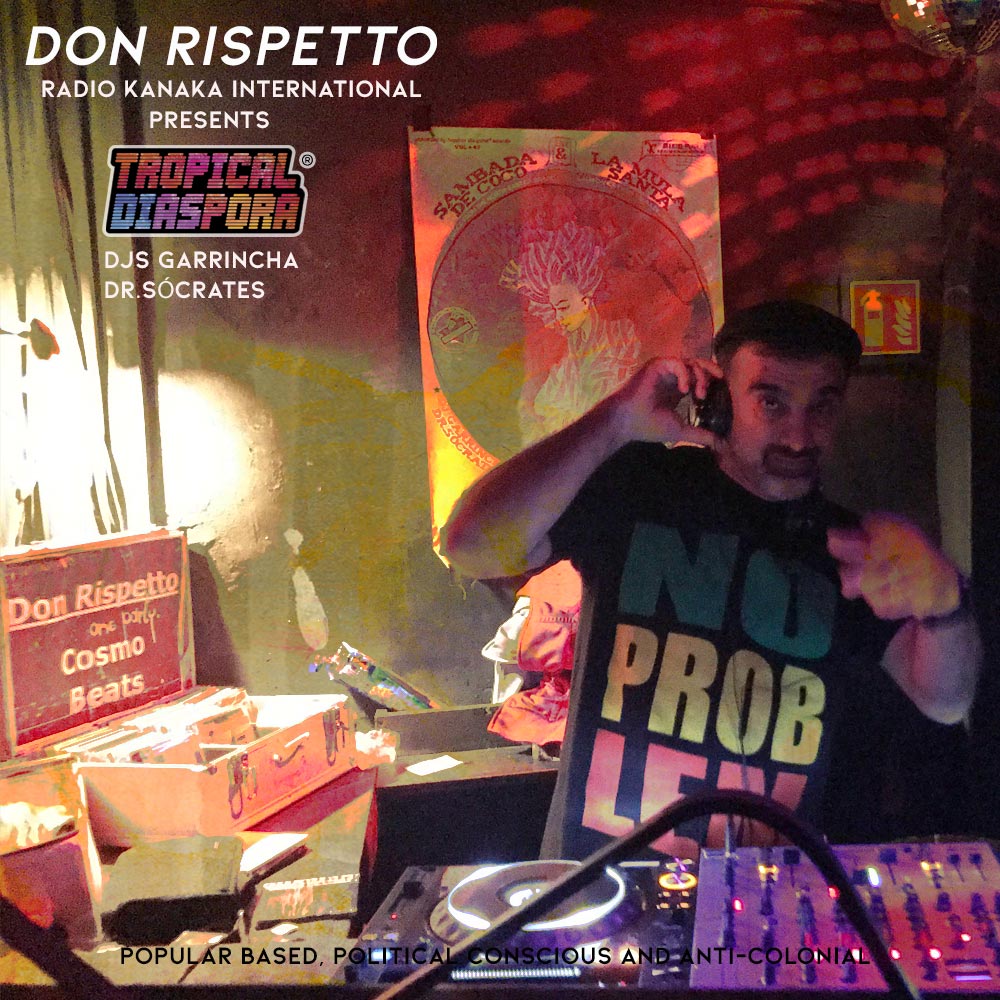