Since few years Europe is experiencing an explosion of popularity of one specific kind of Brazilian rhythm and dance, the Forró. Berlin, as an unofficial diaspora capital, plays its part in such development and presents one of the most powerful forró band in Europe. With a strong traditional repertoire of rhythms like xote, baião and arrasta-pé, the band has a basic formation with Philipe Alves (Accordeon), João Afojubá (Percussions), Fabiano Lima (Zabumba) and Mariano Habib (Triangle). For the last two tropical diaspora events the band had a very special guest from Pernambuco – Brazil playing Rabeca, a kind of ancient violin adapted to the Forró. His name is Hans Santos and his presence within the original formation was the highlight of this year to our guests that couldn’t imagine the wonderful night they would experience.

The musicians of the original formation are playing since a while in Berlin, and from event to event bring people from all districts of the city to dance together on the same floor all night long. The case of the event called Forrúmbia realized at the BiNuu, in the heart of XBerg in Berlin was a signal of the growing attention and visibility in other scenes of the city. The idea was to present Forró and Cúmbia, two South American rhythms, in one place. The result was a success and all people could dance Forró and Cúmbia the whole night long without thinking about boundaries, during the live show and in the after party with me and Bongo. 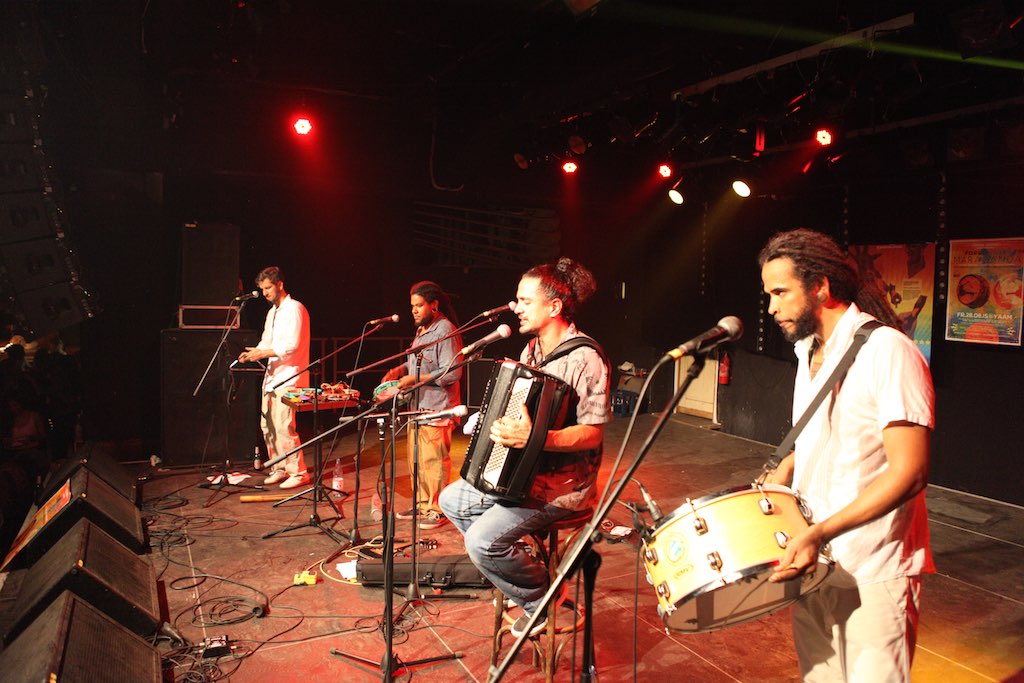 All members of Forró Maragandá live in Berlin and they have the city as central point for their projects as well. These guys are well known in the Latin American scene of the capital and are also involved in diverse musical projects.

The components are:
★ Philipe Alves – Sanfona
★ Biano Lima – Zabumba
★ João Afojubá – Percussão
★ Mariano Habib – Triangulo
Featuring:
★ Hans Santos – Rabeca
★ Felippe Gusmão – Cavaquinho
The first show of Forró Maragandá by Tropical Diaspora was the after party of the Festa Junina Berlin, the biggest Brazilian community party (more about the Festa Junina Berlin here). It was a tropical clash of forró rhythms: xote (a slower-paced rhythm), baião (the original forró) and arrasta-pé (the fastest of the three). Though as everybody knows Forró is danced in pairs, usually very close to each other, but for the people who does not know Forró here there is some help…Let´s begin with one definition of Forró provided by the English Wikipedia…

Forró (Portuguese pronunciation:
[fɔˈxɔ]) is a genre of Brazilian music that originated in Northeastern Brazil. It encompasses various dance styles as well as a number of different musical beats. This music genre has gained widespread popularity in all regions of Brazil. Forró is closely associated with Brazilian June Festivals, which celebrate a number of Christian saints. The most celebrated is Saint John’s day.

There are several theories on the origin of the name but my personally version I choose to believe is one coming from someone not unknown the the music scene in Brazil. Gilberto Gil at least former minister of culture provides follow theory in his concerts…

…the word forró is a derivative of the English expression “for all” and that it originated in the early 1900s. English engineers on the Great Western Railway of Brazil near Recife would throw balls on weekends and classify them as either only for railroad personnel or for the general populace (“for all”). This belief was somewhat reinforced by a similar practice by USAF personnel stationed at the Natal Air Force Base during World War II, but it is unrelated because before the USAF went to Natal, the name “Forró” was already in use… 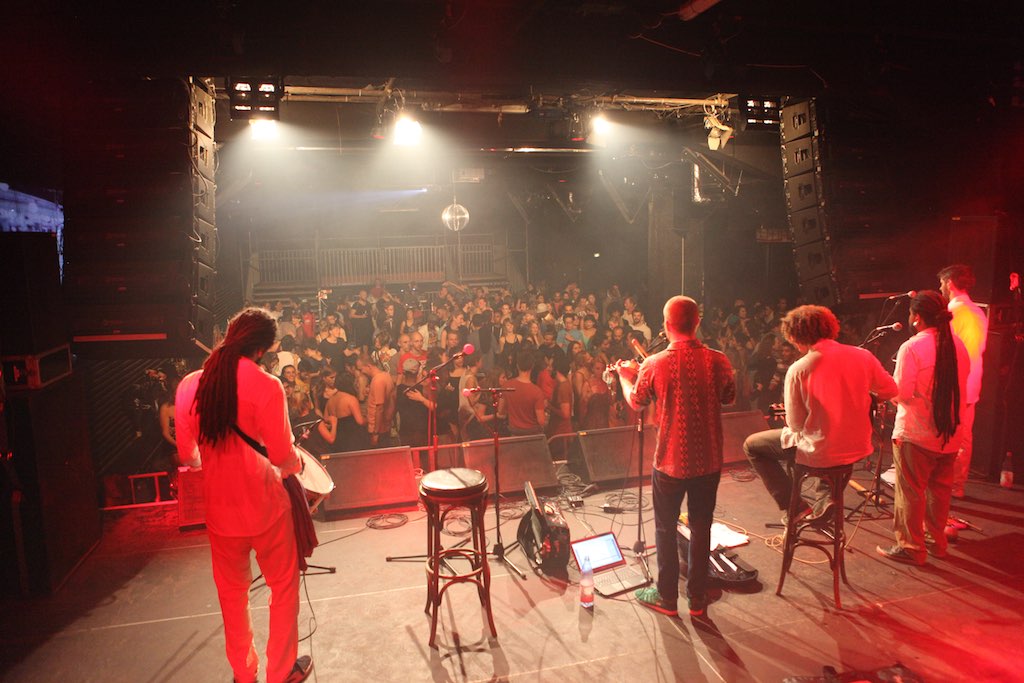 Just to finalize the theoretical part of it is an interesting fact that the term literally means “hot” in Hungarian. So we had a very hot Forró night on the Sa.27.07. in the Festa Junina Berlin after party with the best forró band in the Berlin City,  “Forró Maragandá Band” Featuring Hans Santos with Rabeca. In preparation for the next Forró party on the 31.07. where for the first time in Europe we mixed Forró with Cúmbia.