K´boko aka Biano started his musical journey playing percussion in traditional groups in the streets of Recife, among them Afoxé Oxum Panda, Nação de Maracatu Leão Corado and actively followed the Manguebeat scene that exploded in the 90´s founding and playing in bands that stood out at the time (A Linha da Última Restência and Tonami Dub – wich was one of the first bands to play live Reggae Dub music in Brazil). This experience with musical groups and masters gave Biano a vast knowledge of different musical traditions such as Samba, Maracatu, Côco de Roda, Candonblé and Umbanda rhythms.

Living in Berlin since more then 15 years and being intensely influenced by the music of this metropolis, K´boko combines in his beats the roots of Afro-Brazilian organic music with digital/electronic musical influences of this multicultural city. Besides his musical work in Berlin K´boko also develops social projects with refugees, thus applying his music as a therapeutic tool.

The result of this mixture of music and social experience is what K´boko reveals in the 06 tracks of his new Visual Afrofuturistic EP “IROKO”.

The guitars were played by Berlin-based musician and producer Pitota (La Byle) from Paraíba (who is also the co-producer of this EP) and live percussions were recorded by percussionist Neto Salles – from Recife also based in Berlin.

The cover was designed by the visual artist Barbara Richter. What are Afrofuturistic Brazilian beats? Think of a mixture of Afro-Brazilian rhythms, 808 Bass lines, heavy kicks, synthesizers, African samplers and live instruments… IROKO! 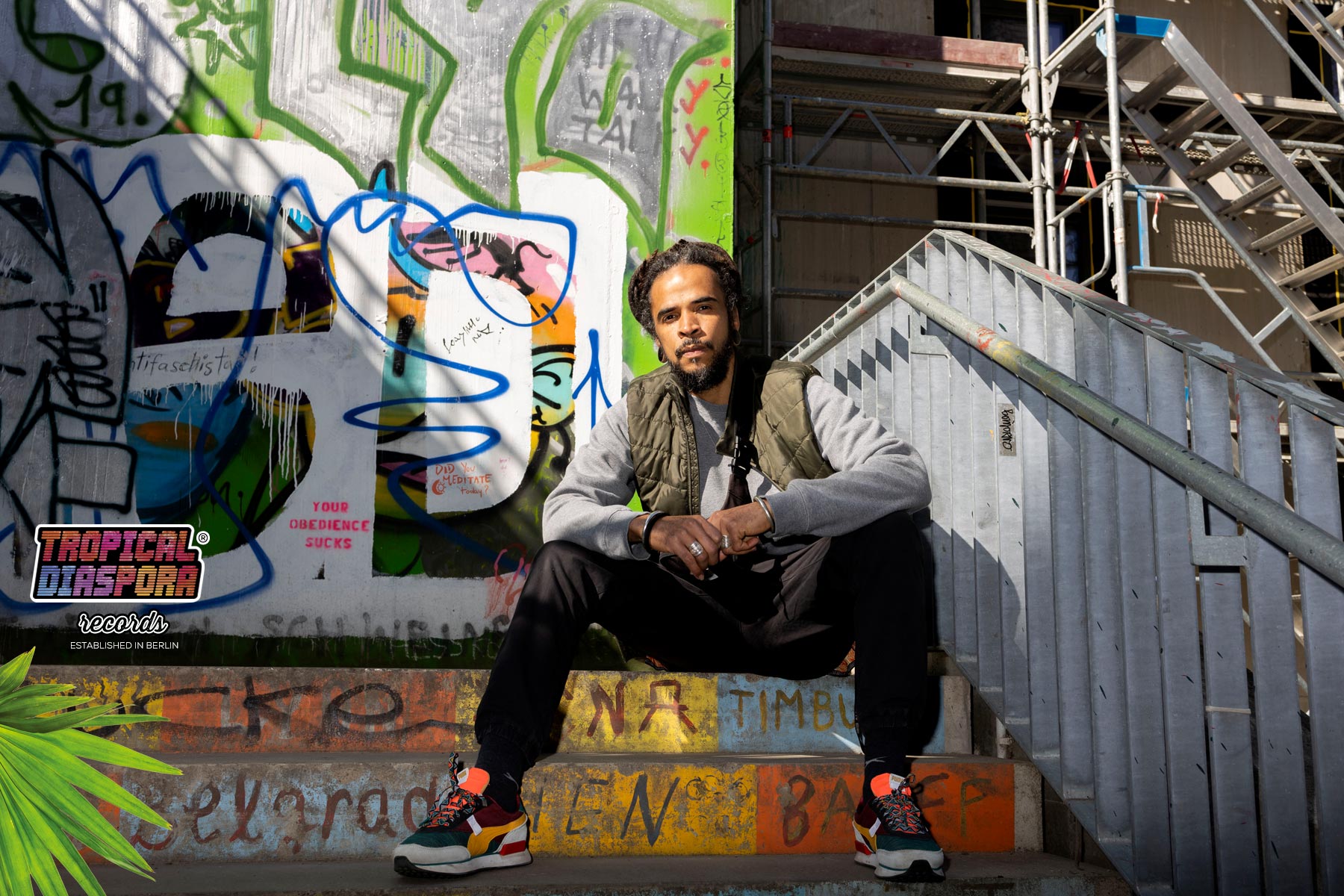 Planet Earth 2057… all natural resources are exhausted… the air has become unbreathable, the water poisonous and the soil almost completely infertile.
… The Past is in an extremely distant past, disconnected from ancestry…. And the Present is in the Future, but seeds always carry stories.

Within this plot, the main character Qlorumbi (Exocé Kasongo – France / Congo) after a series of revealing dreams, goes in search of his roots as a form of spiritual protection and reconnection with his ancestry.

The entire film was shot in East Berlin and produced by the filmmakers Zé de Paiva & Kathleen Kunath who are part of the collective of artists, dancers, producers and filmkakers Santix Schwartz.