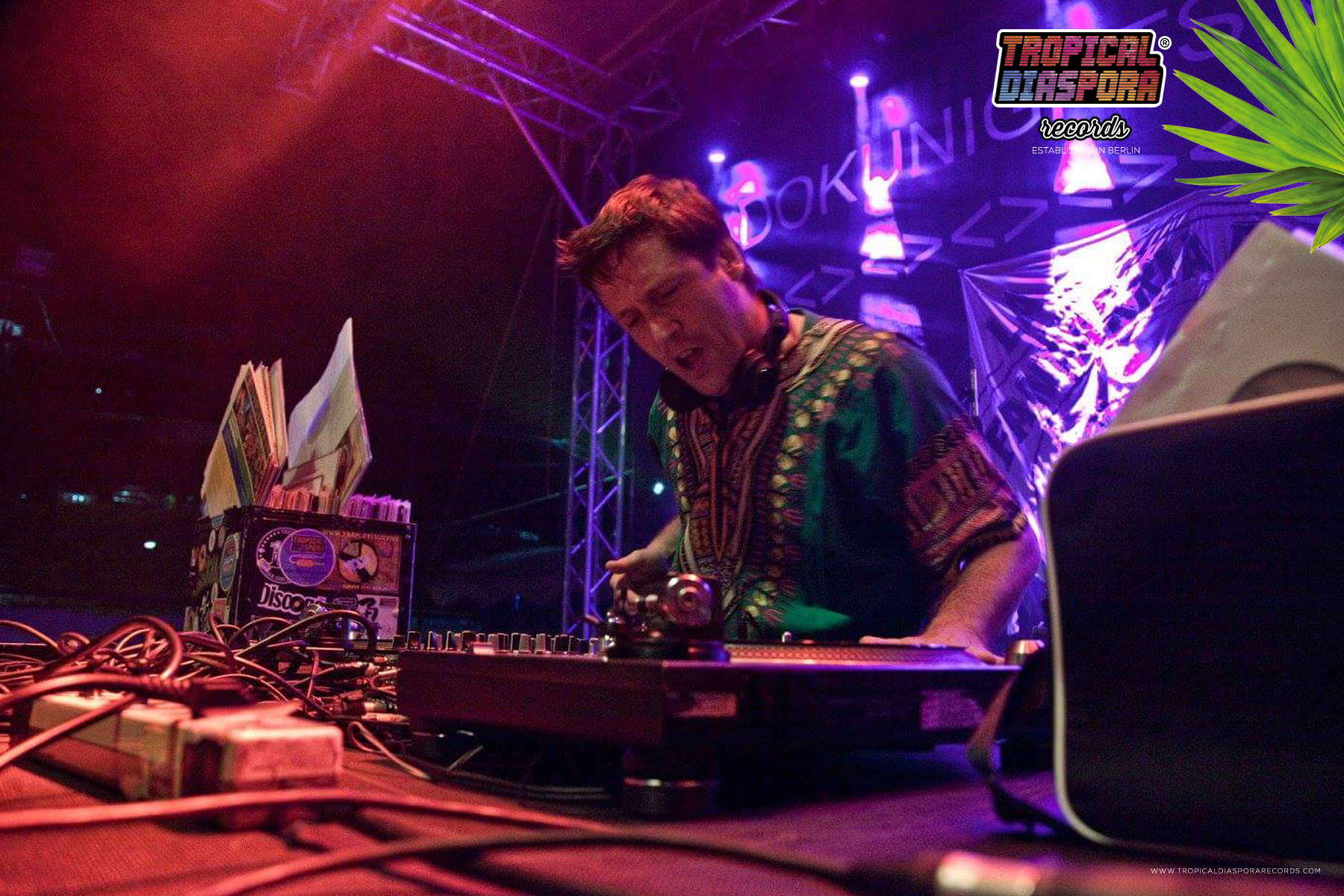 Dj GARrinchA, founding father, producer and resident spinner at TROPICAL DIASPORA, describes his party’s musical ethos as “The platform for live music and performance dedicated to the fusion of different styles, a culture way that is especially cultivated in Brazil since the days of Tropicalia. Since the beginning of my DJ career the focus of my sets is the creation a melting pot of all rhythms related to the Afro-Diaspora and all aspects connected to the tropical matter, the result is a bump ‘n’ grind groove that the people can’t get enough of. Fresh from gigs in South-America, we is kick off a new series of monthly parties in Berlin, featuring many Bands and DJ´s from Berlin, Europe and worldwide.

The Origin of Dj Garrincha and the Tropical Diaspora

In the 1990s I swapped the tropical concrete jungle São Paulo with another concrete jungle in Northern Europe, Berlin. An immigrant, a foreigner, a refuge, a “South American guy” in another diaspora, fleeing from the economic situation in Brazil, I decided to share my passion for the musical heritage as Dj GArRinchA. Never mind the former and current politics in Brazil, let’s go back to where it all started, for me anyways. In the early 1990s, the political map of the world saw profound changes with Germany and the once divided city Berlin at the epicenter. Before the Berlin Wall did not only divide this city, it was also the most obvious manifestation of the political crack which had been running through the world after WWII. Shortly after the wall fell the entire Eastern bloc started to totter and finally collapsed.

After the reunification, many West-Germans along with people from all over the world came to Berlin. Others from East Berlin could not wait to leave. Abandoned by their previous owners, places in the Eastern districts were squatted. Unlicensed and thus illegal bars would pop up on every corner and disappear or move to a different place within a week. A thriving art scene with newly opened galleries emerged in rundown houses. Coming to Berlin in the 1990s was like entering a laboratory with transformation taking place at any corner and affecting any aspect of life. This transition generated a vacuum that made people feel almost like creators shaping part of tomorrow’s world by trying out new things while the old was retreating and the new was still to come. In short, Berlin became the center of the young subculture in Europe.

In this spirit a new movement was born, which I call the “Latin American Way” of the Berlin subculture. Among the first places where this yet-to-be-born scene gathered was the Freitags Bar (German for Friday’s Bar), one of the various unlicensed bars at the center of the former Eastern part of the city. To me, this place embodied perfectly the spirit of that time. novelty, its rum base Cachaça was a rarity and quite pricey…. read more online

Artist based in Berlin available
in Europe and world wide