Vinyl Sound Curation For Dance People And Beyond 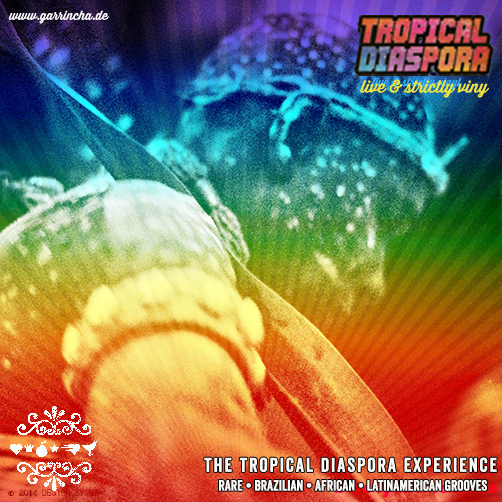 Djs GArRinchA and Dr.Sócrates are committed to create a narrative in the turntables for the dancefloor, musical and otherwise, playing strictly vinyl sets with music about the people that crossed the Atlantic from Africa to the “Americas” and gave rise to different cultural expressions that reflect both the horror and hope of that experience. Those new and different cultural expressions like “funk, soul, cumbia, forró, samba, chicha or carimbó” are part of our musical curation concept that get the listeners not only to dance but transport them to a deep reflection about the origins of those songs.

At Tropical Diaspora® Records we are committed to create a narrative, musical and otherwise, about the people that crossed the Atlantic from Africa to the “Americas” and gave rise to different cultural expressions that reflect both the horror and hope of that experience. In creating such a narrative we are however aware that the tools we use to communicate our idea and mission are shaped by the historical narrative of the imperialist powers; the hegemonic role that, for example, language play: French, English and Portuguese in Africa; Spanish, Portuguese and English in the “Americas“. We are even to blame for using English as lingua franca for our purposes. But, is it silence a better option? We won’t be silent. We want to speak; we believe that we have the right to speak and will use whatever means we have at our disposal in order to open up a communicative interface that is respectful of the history and legacy of the communities whose experiences, struggles and worldviews steadily groove like in a vinyl record our own work at Tropical Diaspora®.

The woman that represents the Tropical Diaspora ocean also the Atlantic Ocean the facilitator for the slavery logistics that gave birth in a horrible wise to most powerful musical identities in the Americas from South to North, her hair or if you want the ocean currents are the connection between Europe, Africa and all native populations from this continents. This is for us the very meaning of the Tropical Diaspora! 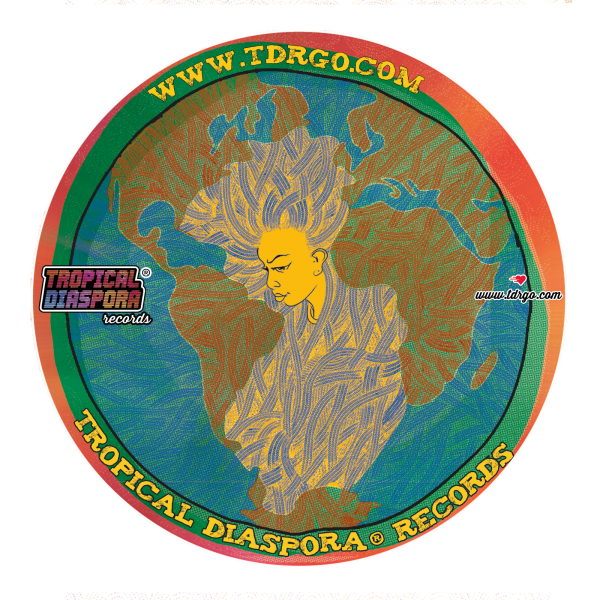 Artists based in Berlin available
in Europe and world wide