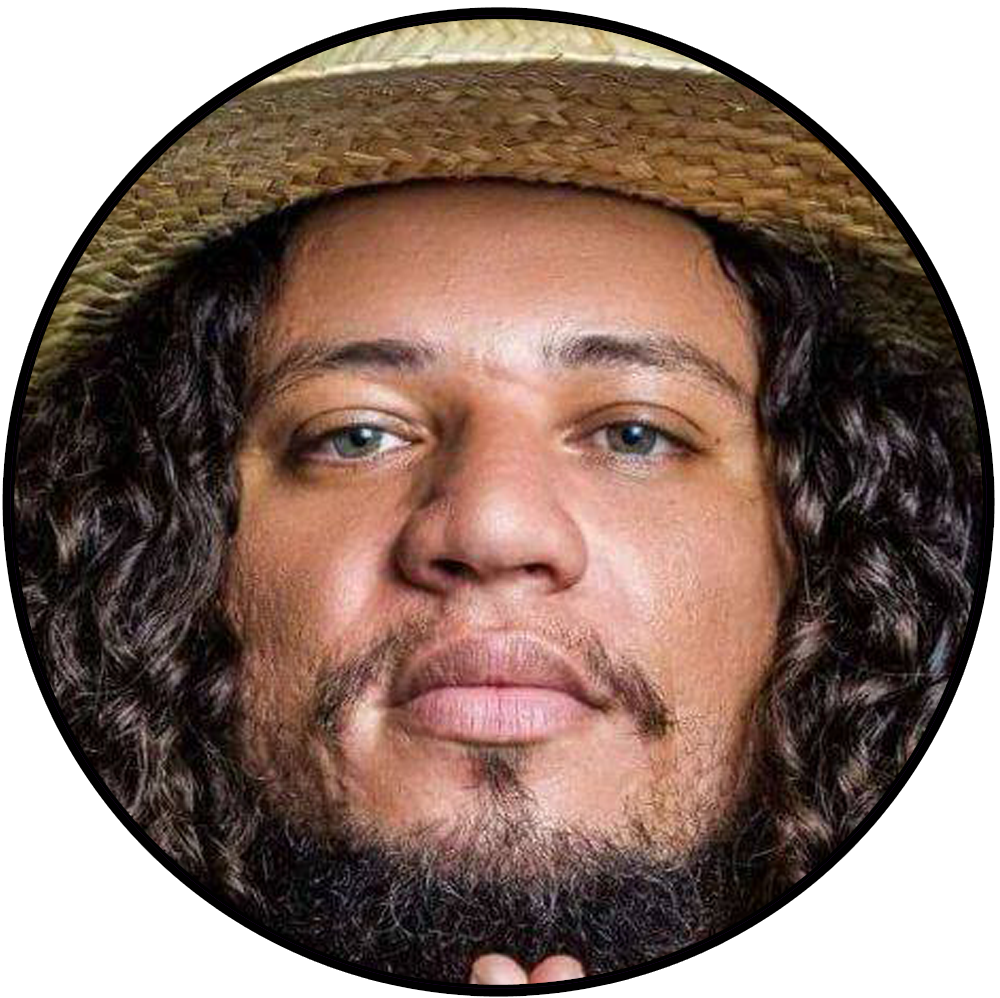 Chico by luck of blessing.

RAPadura has been nominated for the Latin Grammy 2020 with the album “Universo Do Canto Falado”. 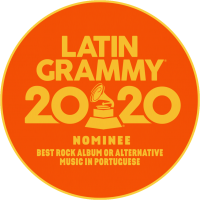 RAPadura is a Brazilian poet, singer, rapper, music producer and activist. He builds his work on a contemporary mix of rap and the tradition of the popular culture of the Northeast Region of Brazil.

At 35 and 22 years of independent career, he is known in the hip hop scene for his differential of mixing rap to the Brazilian northeastern culture and imagination.

During his career, he recorded with O Rappa, Mato Seco & Ponto de Equilíbrio, Rashid, BaianaSystem, among others. He started to go up on stage as the vocal backing of the legendary G.O.G, from Brasília.

His single “Norte Nordeste me Veste”, with 5 million views on youtube, popularized the artist across the country. The song is part of the artist’s first independent work “FITA EMBOLADA DO ENGENHO Vol.1”, released in 2010 with Rapadura’s own production. This record is being released by Tropical Diaspora® Records this year on Tape Cassette.

To reinforce the originality of Brazilian music has always been one of his most important motivations. Therefore RAPadura´s origin plays a predominant role in his work. Born in the state of Ceará*, in the northeastern part of Brazil in the Atlantic coast. RAPadura represents the interconnection of several artistic, social, cultural and political elements from the past and present-day Brazilian society.

Unlike many rappers inspired by the North-American matrix of the Hip Hop genre, RAPadura’s music, lyrics, performances and productions bring into play, as main ingredients, the poetry, the mythology, the rhymes, the traditions, expressions and manifestations of the Brazilian northeastern region.

This Region is the most prosperous and substantial cultural region of Brazil. The Nordeste is constantly forming and shaping the Brazilian cultural footprint not only in Brazil. It influences how the world experiences Brazilian culture, from dance to music, from food to literature. In popular celebrations through musical movements, rhythms and religions.

RAPadura is today one of the contemporary artists in there, the region in Brazil known for people’s resilience and resistance.

The lyrics are blunt and exude a poetic language without losing his identification. They speak about the Nordeste, about the drought, the farmer, the lacemaker woman (the “rendeira”).

The unquestionable narrative created in the lyrics talks about the consequences of colonization, capitalism, oppression, wealth inequality and their consequences to the people. Furthermore about the urbanization processes and the migration into the peripheries of the metropoles.

About police violence, genocide, structural and social racism. The lyrics deal with present-day issues, fears, hopes, aspirations and feelings of a whole generation, people that are perhaps facing the deepest and profound crisis in the country’s history.

The artist believes that ART is a important tool for transformation for those who have never had anything, therefore an unequal society like the Brazilian will only change with access to culture.

This new record Universo Do Canto Falado is a hug to the world and to all living beings. The mission was to be heard and to spread this narrative to the world, and the nomination to the 2020 Latin Grammy in the category of best album in Portuguese Language was a signal.

RAPadura has shared the stage with great artists such as Lenine, BaianaSystem, Paulo Diniz, Maria Rita, MV Bill, Gog, Racionais MC’s among others, and has been spreading his ideas through music since his first album “Fita Embolada do Engenho Vol.1 – Rapadura na Boca do Povo”, an original, innovative and refreshing work that has created a new genre in Brazilian music, only comparable to the Mangue Beat of Chico Science.