El Doctor & Tamarita by El V And The Gardenhouse, TDR008 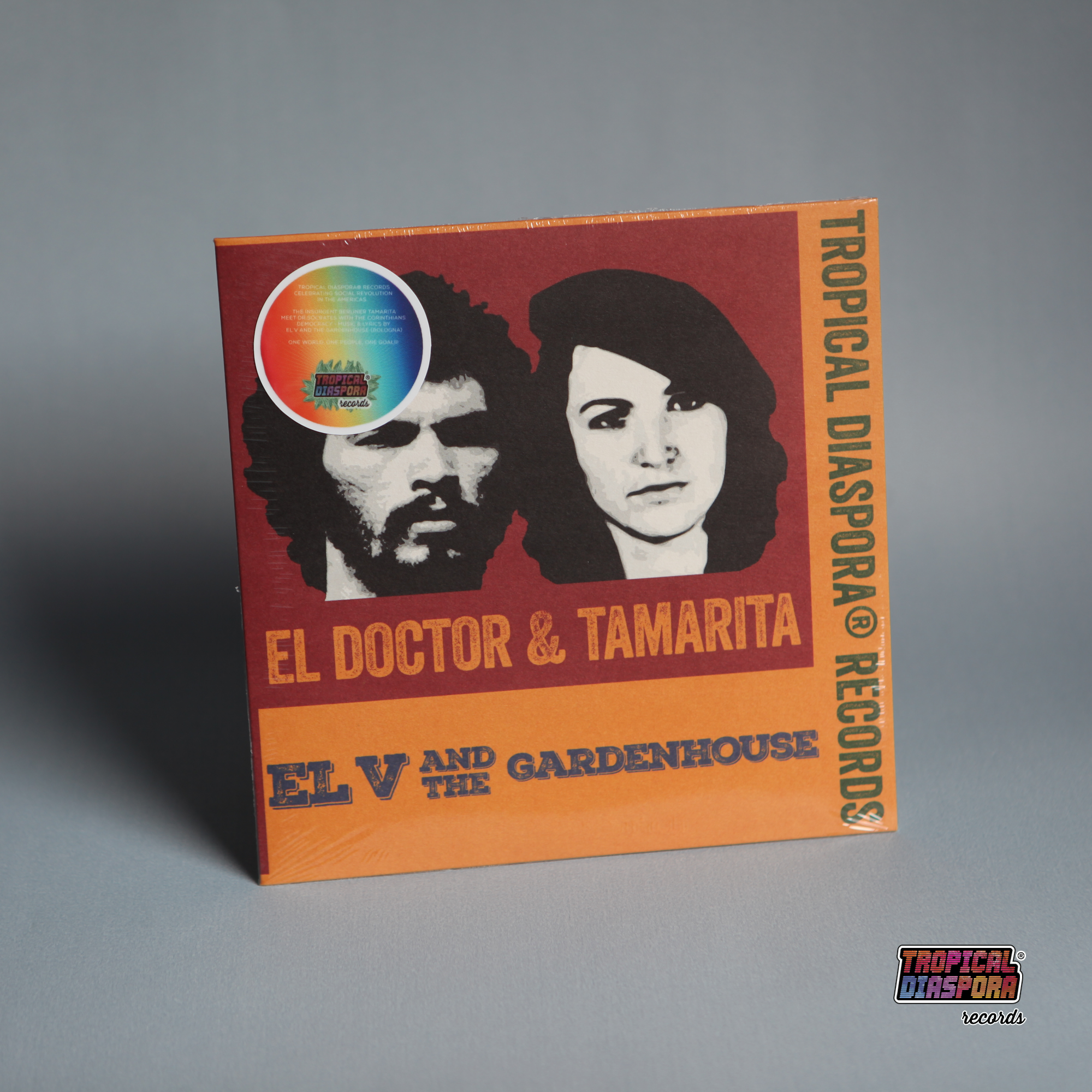 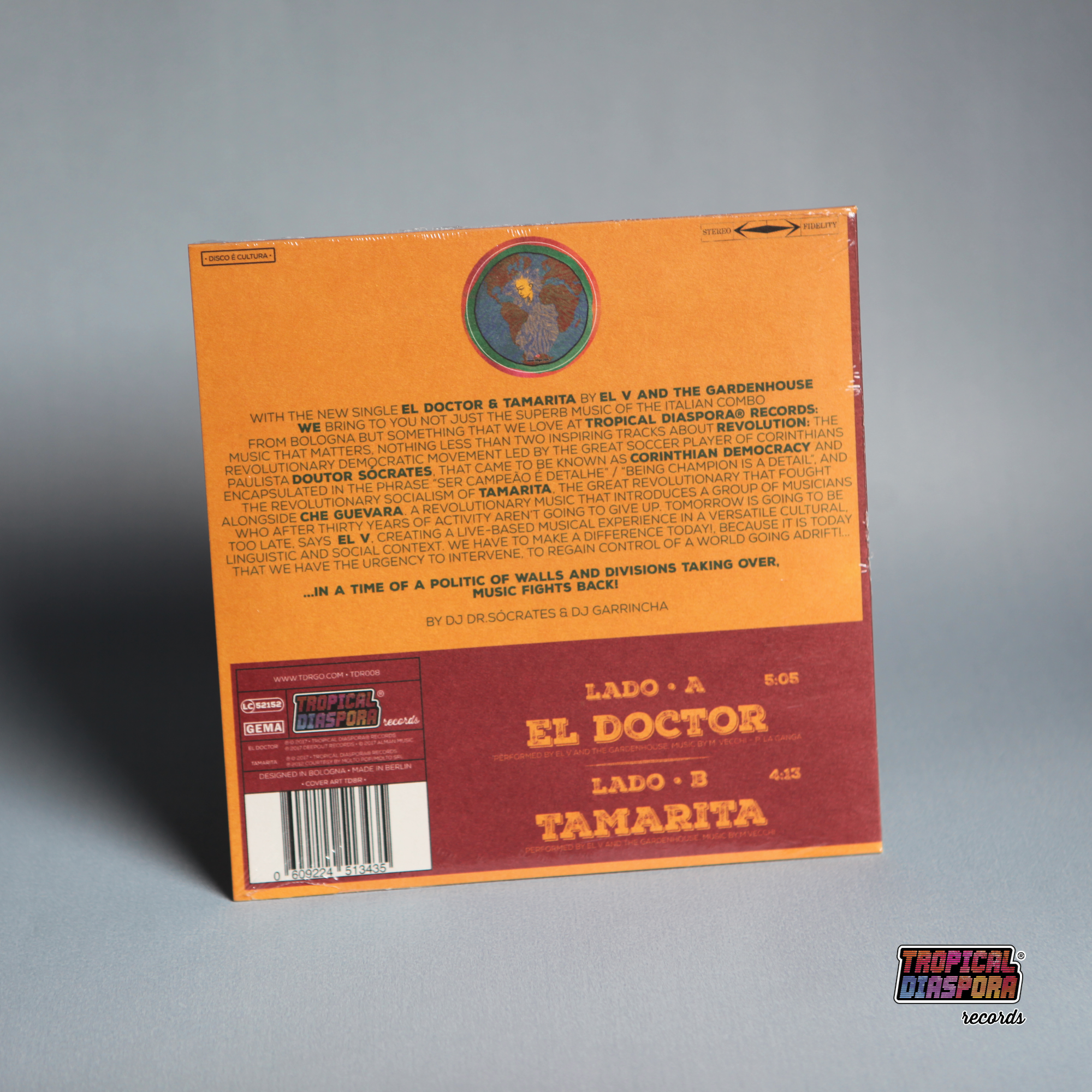 Side A • EL DOCTOR

Performed by EL V AND THE GARDENHOUSE, Music by M.VECCHI – P. La Ganga

Performed by EL V AND THE GARDENHOUSE, Music by M.VECCHI

With this new single El Doctor & Tamarita of EL V and The Gardenhouse Tropical Diaspora® Records brings to you not just the superb music of the Italian combo but something that we love at Tropical Diaspora® Records, that is, music with political content and, in this case, nothing less than two inspiring tracks about revolution: the revolutionary socialism of Tamarita and the Corinthian Democracy led by Doutor Sócrates that can be summarised by the phrase “Ser Campeão é Detalhe” / “Being Champion is a Detail”. A revolutionary music that introduces a group of musicians who after thirty years of activity aren’t going to give up. Tomorrow is going to be too late, says EL V, who creates a live-based musical experience in a versatile cultural, linguistic and social context. We have to make a difference today!, because it is today that we have the urgency to intervene, to regain control of world going adrift!

At a time in which a culture of walls and divisions wants to take over, music fight back!

Music is a unifying language, a smile, the sharing of energy, the joy of stretching the hand towards those who have no voice. It represents “el camino de la vida”  / “the way of life” that you meet in these songs. The band transmits a deep desire for union, solidarity and cooperation. The stories told in these songs, El Doctor and Tamarita, reveal two extraordinary characters who have contributed to change their time and became a source of inspiration for the search of new ways of empowerment.

These tracks are sung in 4 languages, representing the singing style of EL V, in which several languages co-exist in the same song. A number of guests musicians participate in the project and alongside EL V in numerous concerts across Italy. Each of these artists gives new poems to the project, colouring it with international passion. “… somos el mundo entero dentro de nosotros” / “…we are the whole world inside ourselves”.

At least but not last, we would to thank you our friend and Tropical Diaspora® Records supporter Don Rispetto for the connection with El V, with out you this record would never be possible!

You can listen to the Record here: 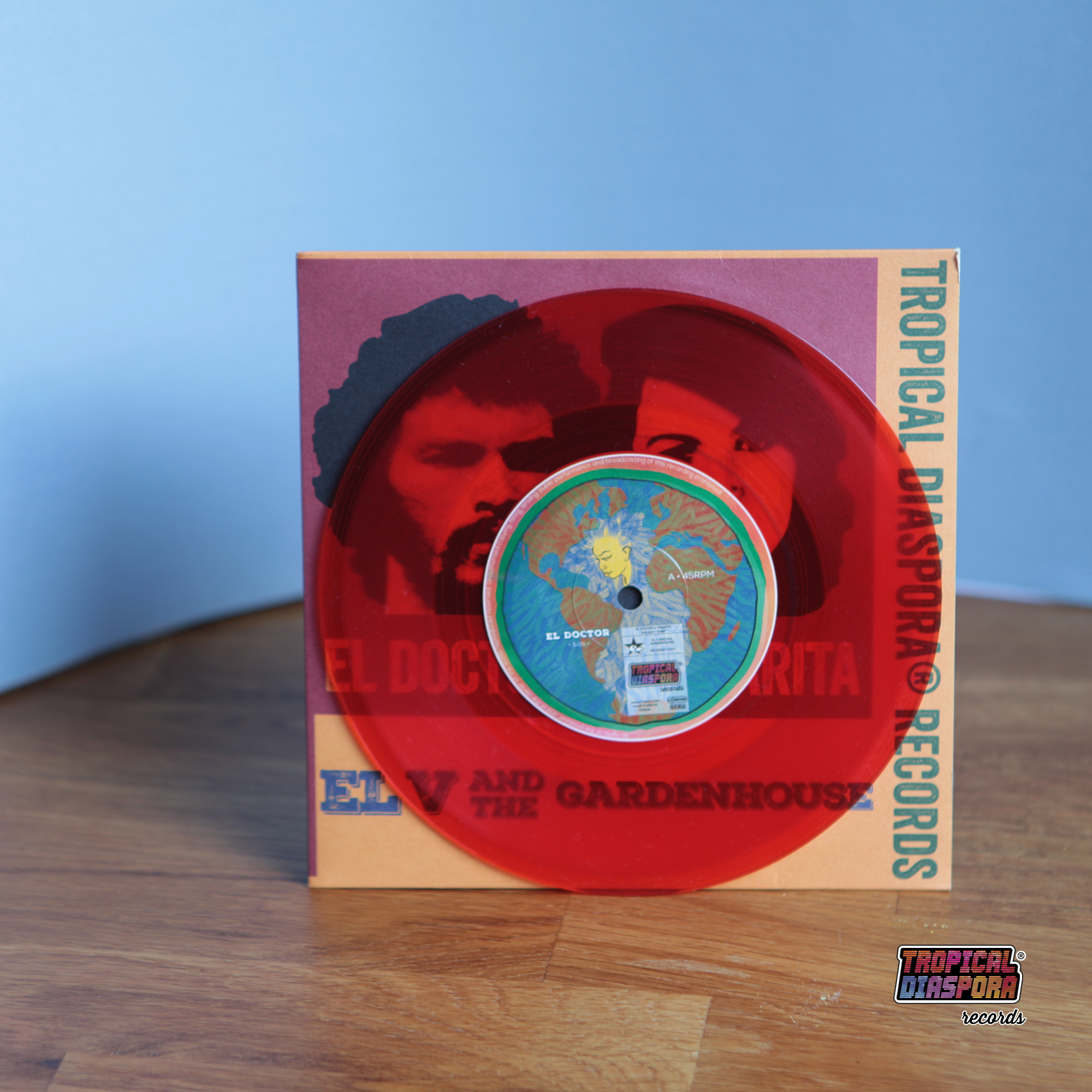 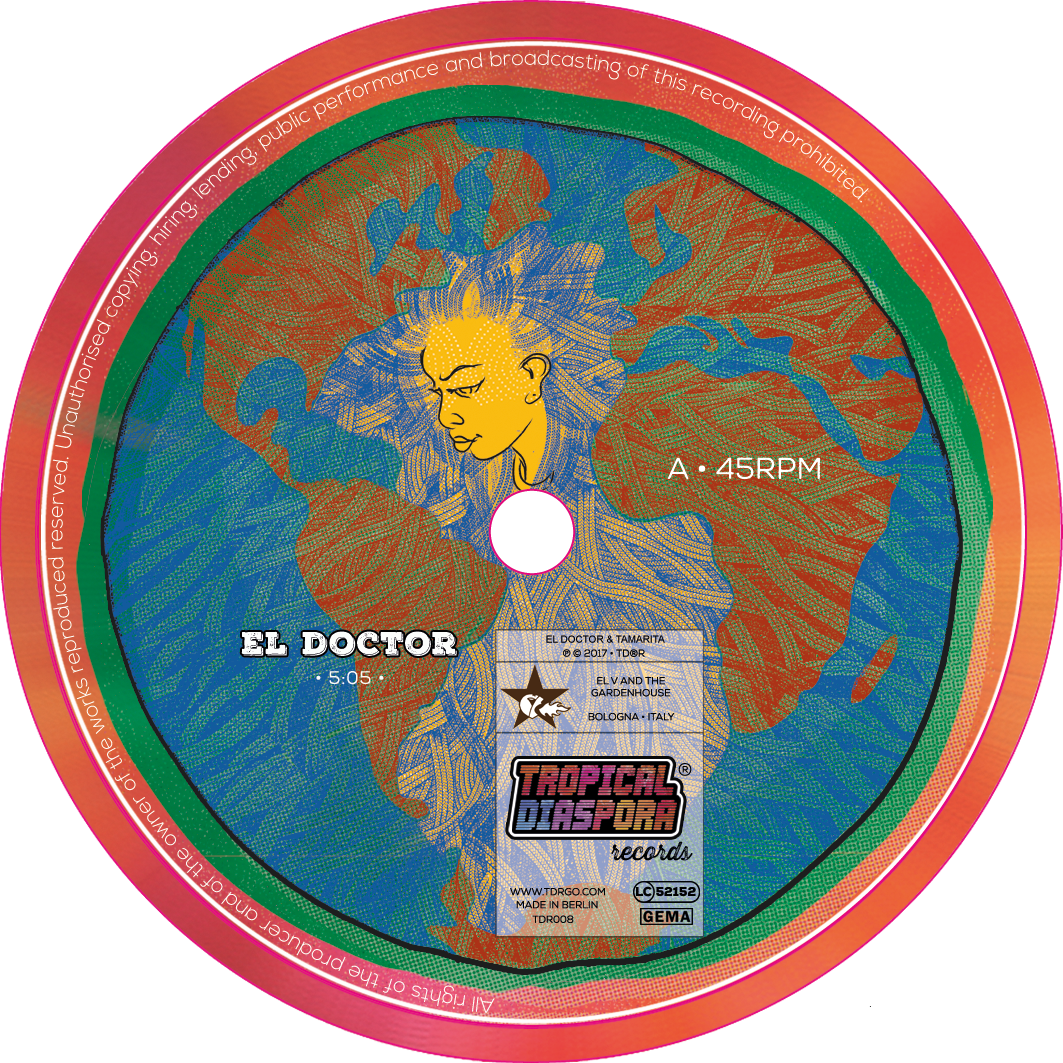 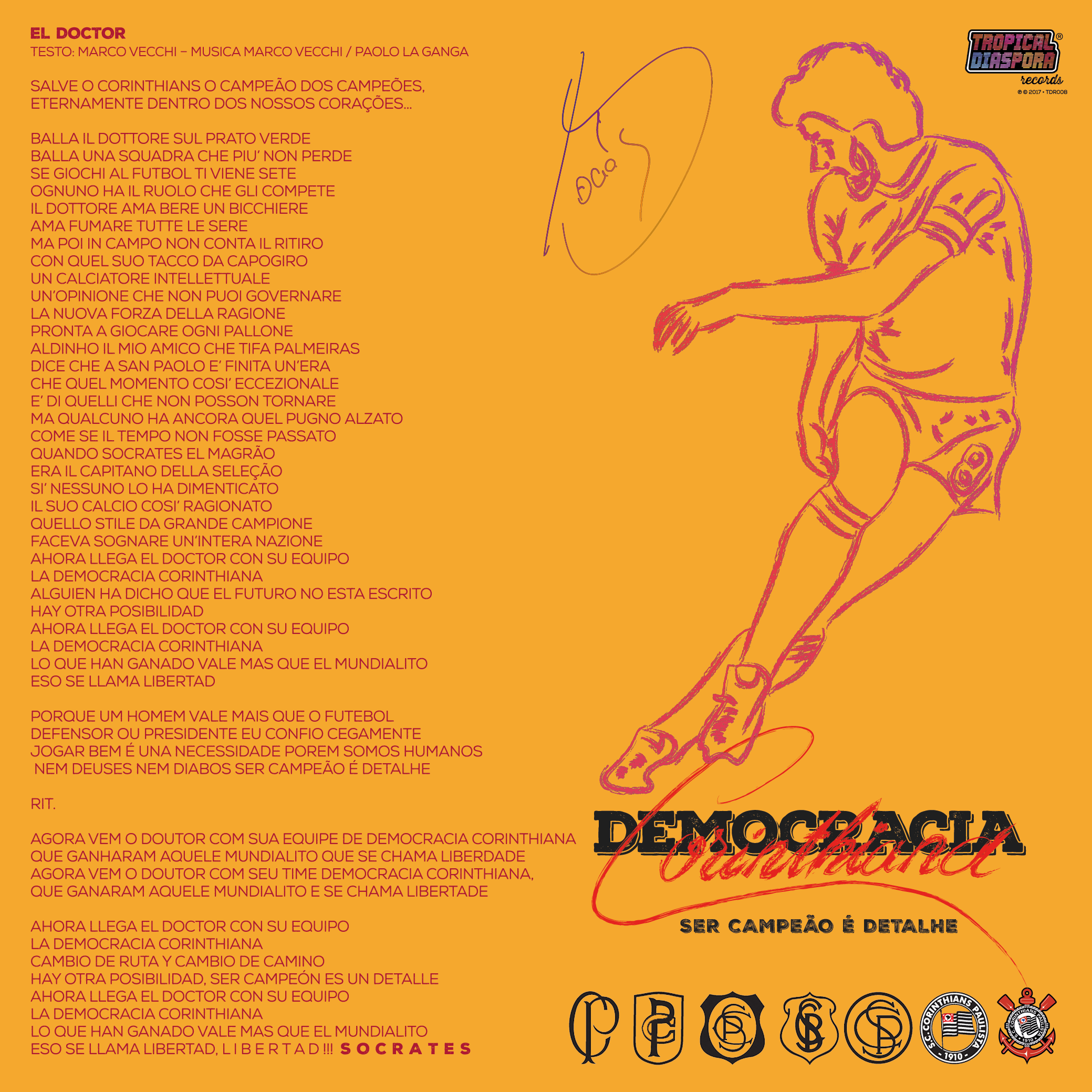 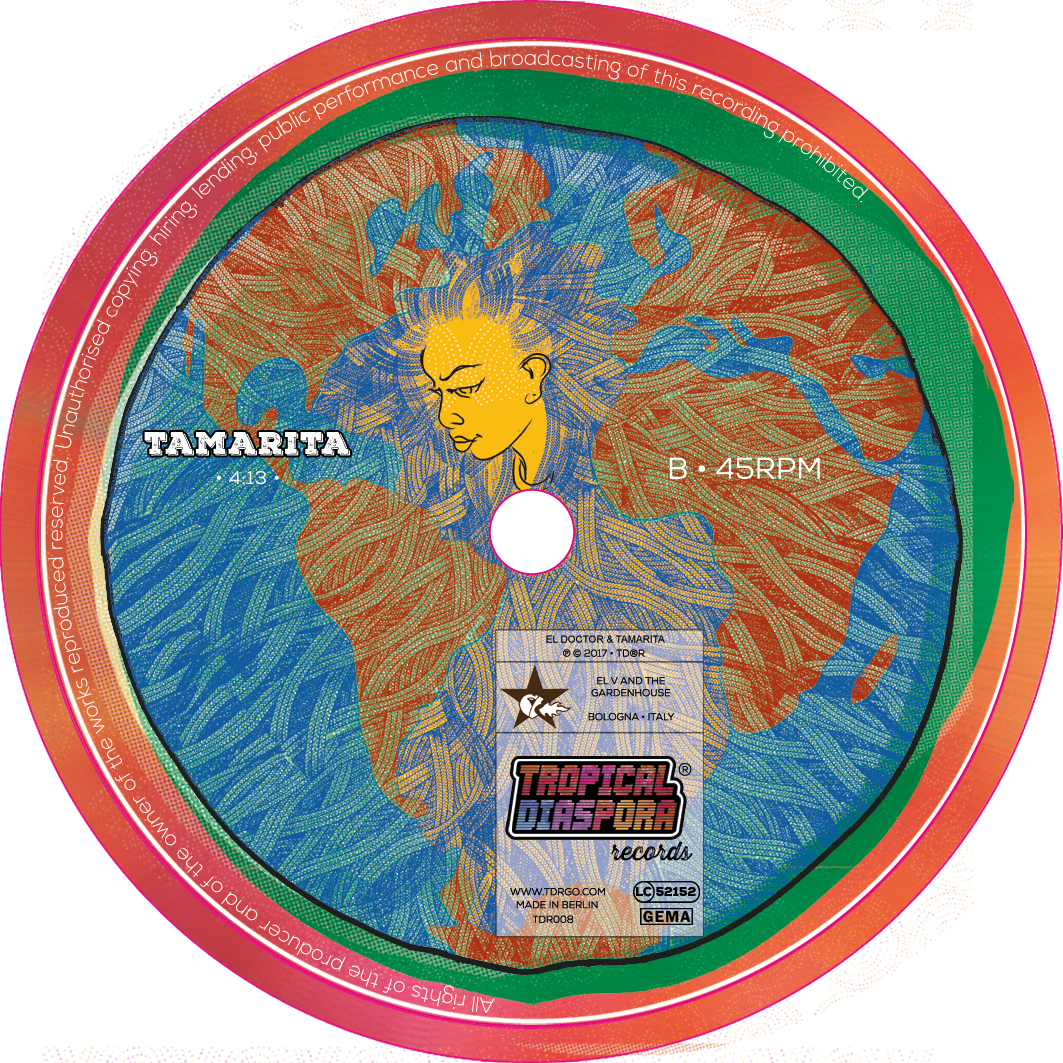 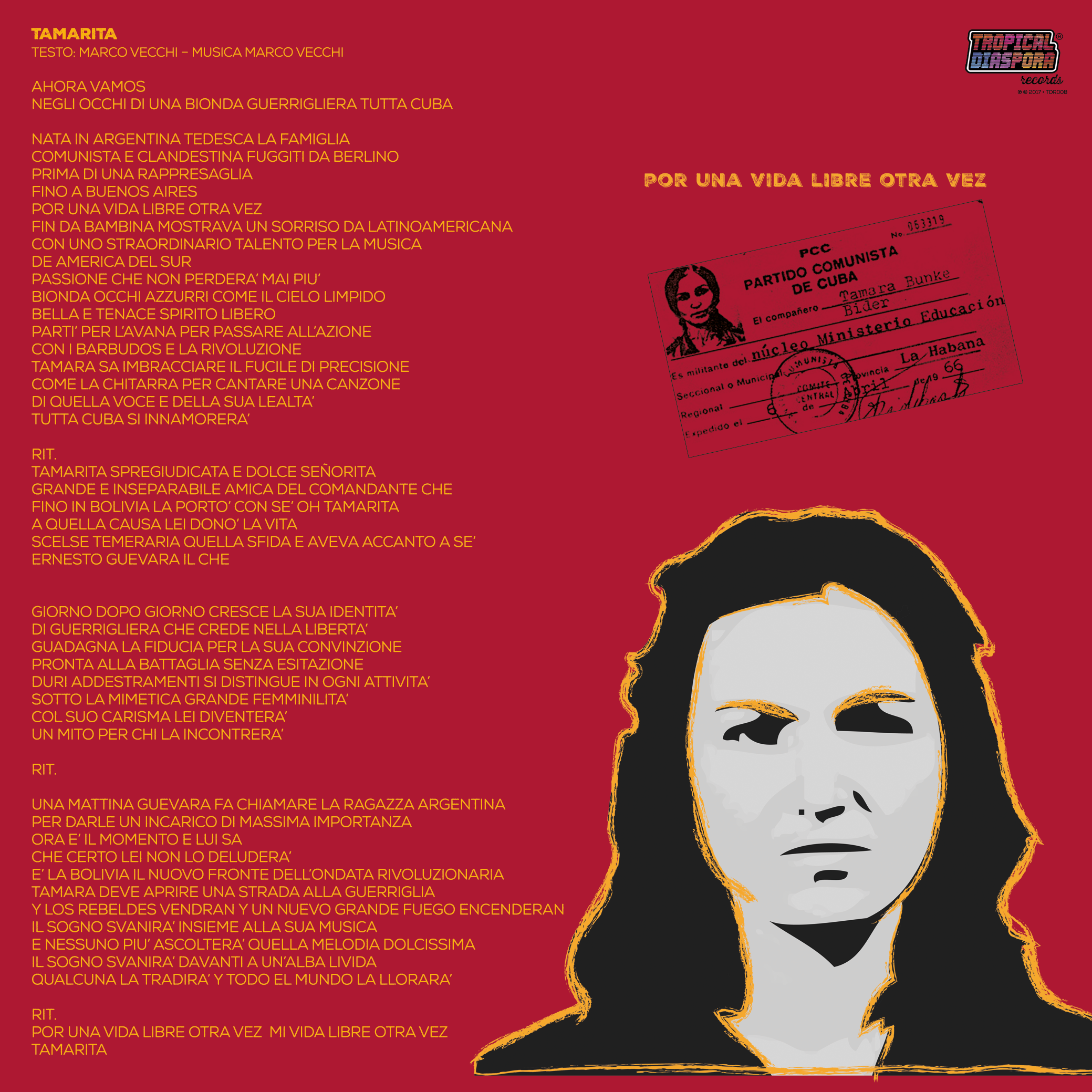 El V And The Gardenhouse on vinyl