After being slaughtered with 4 shots in her head most probably ordered by Rio de Janeiro´s police itself, the civil rights and black councilwoman Marielle Franco a vocal critic of police violence and social misery in Brazil is being a victim of fake news and defamation by the Brazilian media, police, military and the right-wing.

This is Tropical Diaspora Records contribution to spread the word about Marielle Franco in many languages as possible. Fell free to use it and translate to more languages.

The Truth About Marielle Franco 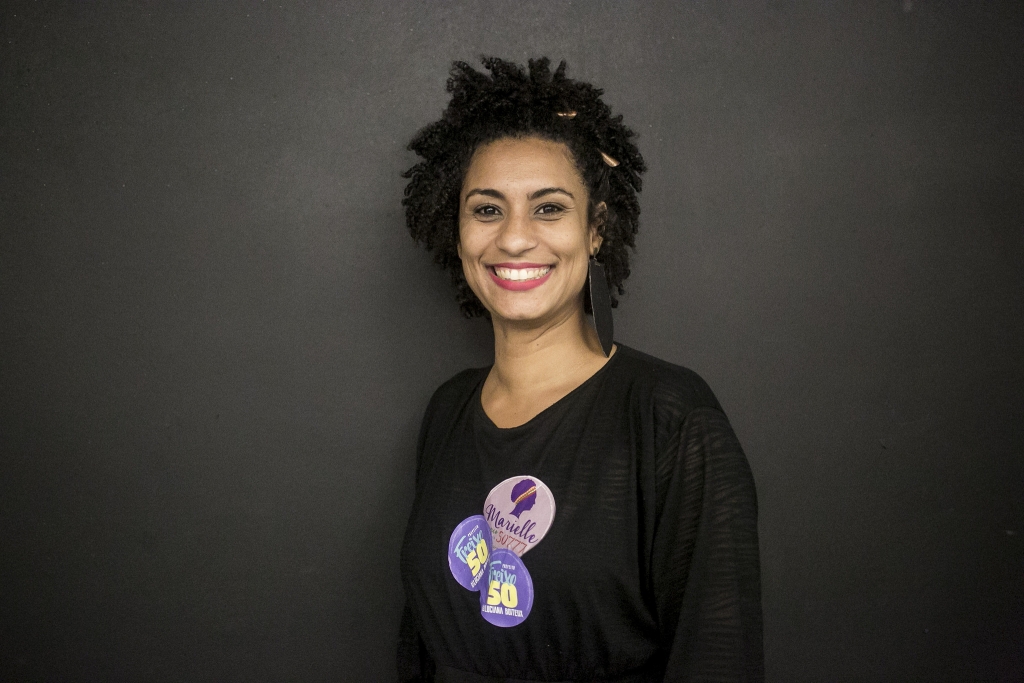 On March 14, Marielle Franco was shot dead along with Anderson Gomes, her driver, when she returned from an event with young black women. The pain of her death and all it symbolized unleashed emotional tributes in social networks and large demonstrations in the streets in Brazil and the world. But it also spawned a series of false accusations about its history and its acting.

This attack on Marielle is simply inadmissible.

One thing it to debate about political positions. A quite different thing is to slander, to pass on lies and to disrespect her memory and the mourning of her family and friends.

Marielle Franco was never married, had no relationship or got pregnant with Marcinho VP (a drug lord), either Márcio Amaro de Oliveira, a trafficker from Morro Santa Marta, or Márcio dos Santos Nepomuceno, a drug trafficker from Complexo do Alemão.

Marielle Franco was never part of any criminal faction. There is no reason to relate Marielle’s election to trafficking. Marielle was elected councilwoman with 46,500 votes.

Most of the votes came from the North Zone, about 47% of the total, followed by the South Zone (34%), the West Zone (18%) and the Center (1%). In the Bonsucesso region, which encompasses Maré’s voters, Marielle had 7% of his votes.

All his campaign accounts were approved by the Regional Electoral Court. We did a beautiful campaign, on the streets, in the net, in the favelas, with the support of the population and of personalities.

Marielle Franco was not a marijuana or drug user, but that never stopped her from fighting for a new drug policy.

Marielle was convinced that it was necessary to overcome the logic of armed confrontation, which killed black jung people, the poor in the favelas every day. This so-called “drug war” has become, over decades, a source of violence, inequality and corruption.

Marielle Franco did not get pregnant at age 16.

And even if Marielle had gotten pregnant at age 16, she should be respected and welcomed.

But we fight so that no assailant or offender is tortured, tied to the poles and executed. To defend this is to defend the guarantee of our Constitution.

It is not “defend bandit”, it is to defend that the law is fulfilled. Justice is different from revenge. The law and the state exist so that barbarism does not exist.

Did you see any slander about Marielle Franco circling somewhere?

Send us what we will report!