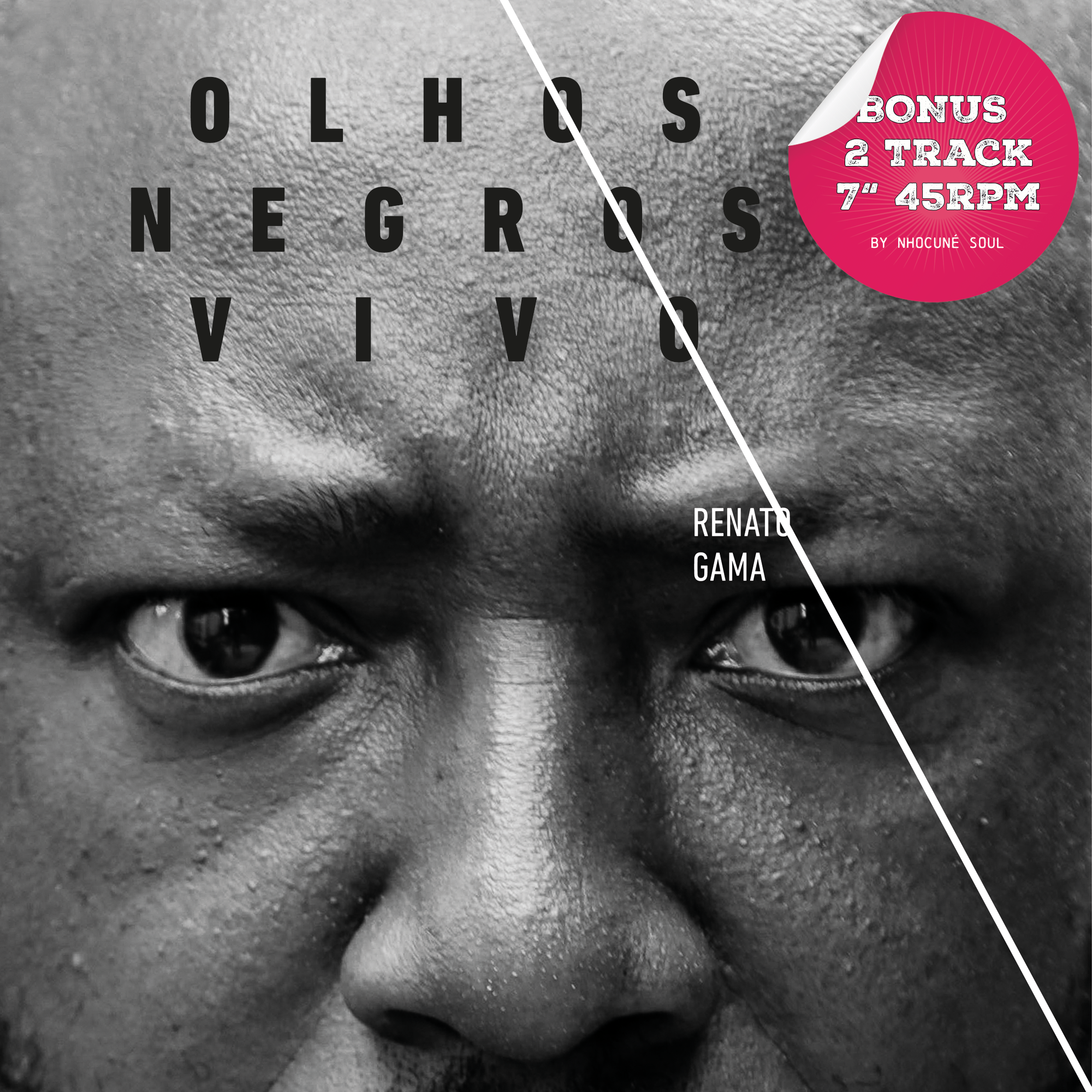 Renato Gama is one of the most authoritative voices in the musical scene of the city; a voice that speaks loud and clear, and makes no compromises. We just released on vinyl his live show Olhos Negros Vivo, a musical blend that takes the best of all the styles and rhythms that make of Brazil such creative milieu. His collaborations with artists working in different media are invaluable and his creative drive seems to be limitless. We are now moving towards a partnership with Renato’s own production company Sá Menina Produtora. This will enable us to gain access to the rich environment of artists and thinkers that make up Renato Gama’s artistic force.

A contemporary set from Brazil, but one with a groove that feels like it was lifted right from the 70s – especially that period later in the decade when samba soul modes were coming into play with warmer boogie modes! The set’s a live one, and features the strong lead vocals of Renato Gama with a very strong backing combo – great keyboards, funky rhythms, and a pair of female singers who really balance out the rougher edges of Renato’s vocals nicely – making for a blend that almost reminds us of some of our favorite work by Emilio Santiago back in the day, especially some of his albums for Philips.

This is a project that represents everything that Tropical Diaspora® Records stands for. Renato Gama’s story is a story that we are proud to give a voice.

Renato Gama will be on tour in Europe this Summer. For more information about Renato Gama, his show and band please send us an email.

Artists based in Berlin
available in Europe