Chicago, São Paulo, Berlin May27 (TD®R): For your next trip to São Paulo…

Home|Blog, News|Chicago, São Paulo, Berlin May27 (TD®R): For your next trip to São Paulo…
Previous Next

Chicago, São Paulo, Berlin May27 (TD®R): For your next trip to São Paulo…

Dear Tropicalistas, Friends, Record Collectors, Sisters and Brothers world wide, if you don’t know it please write it down for your next trip to the concrete jungle of São Paulo and come over to Baratos Afins record shop, not only because this record store has an amazing stock on vinyl but certainly it is the best place to have a great experience, the perfect place to hang out and if you stay long enough you will for sure meet some stars of the Brazilian musical universe from the past and the present.

Just like that! i came this year in a trip from Chicago to my home city São Paulo with a main mission, to celebrate my mom’s 70 birthday. Parallel to this big event i got some other business to deal with. One of them came from my friend DJ King Hippo based in Chicago. The mission was crystal clear, to find the “Mato Grosso” Record from 1982 by Ney Matogrosso, one of the greatest Brazilian singers of all time. His first mythic group Secos & Molhados became a phenomenon. They sold in less than 18 months more than 1 million records. King Hippo saw this record for the first time being played by the guest DJane Sadpors (Fresh Fruits) in the event UNCANNED MUSIC by Scottie Mcniece and himself in the legendary Danny´s Bar, a bar that looks and feels more like a place in Berlin of the 90s. Why has this record caught their attention? Well, the record includes among others one very nice boogie track.

To find this record in São Paulo´s record shops it seemed like an easy mission, but none in the city had it. Eventually a friend gave me a tip, a hidden parking slot in downtown where an old guy sells records to the public. I went to the parking slot, but the old guy wasn’t there, maybe in 2 days again somebody told me. Because i was already in downtown i went to the famous “Galeria do Rock” for a last try before getting my flight back to Chicago the following day. I walked around the whole building and at the end i got for the first time in my life in the record shop “Baratos Afins” after the aforesaid Ney´s record.

What happened in there is history. As i was going through a crate of Brazilian records i was finding records i wasn’t looking for. A Mister approached and asked me what i was looking for, and i told him that i was looking for Ney´s “Mato Grosso” album, although the crate had a lot more i am missing in my collection. As i was digging in the many crates in the shop he went to his stock and brought me 3 copies of “Mato Grosso”. Then we engage in a conversation about the record and why i was looking for it, about record production and independent labels, so we realized that we have a lot in common. Mr. Luiz Calanca has been doing it for more then 40 years, and amazingly without losing his curiosity about everything musical. He is the founder and soul of the independent label, production company, record shop, melting pot and music spot called “Baratos Afins”.

At a certain point Luiz Calanca stopped to talk and told me: “Before i forget it, i want to give you a gift!”. The gift was a CD. Then he began to tell me the story behind the CD. This was the story of Renato Gama, a musician from the Vila Nhocuné, one of the many peripheries in the east of São Paulo. Luiz talked about Renato´s life and musical engagement and suggested to me that this CD should be released on vinyl.

Mission accomplished! This is the story of our newest LP to be released on vinyl, Renato Gama´s live recorded show “Olhos Negros Vivo” already released on CD by Sá Menina Produções Artísticas. You might think that the LP could be enough. But we became so impressed and are so proud of being able to release this LP that we have decided to press a 7″ record as bonus to the LP including Renato Gama´s band Nhocuné Soul in this production.

More about the record and Renato Gama and this project on vinyl here: 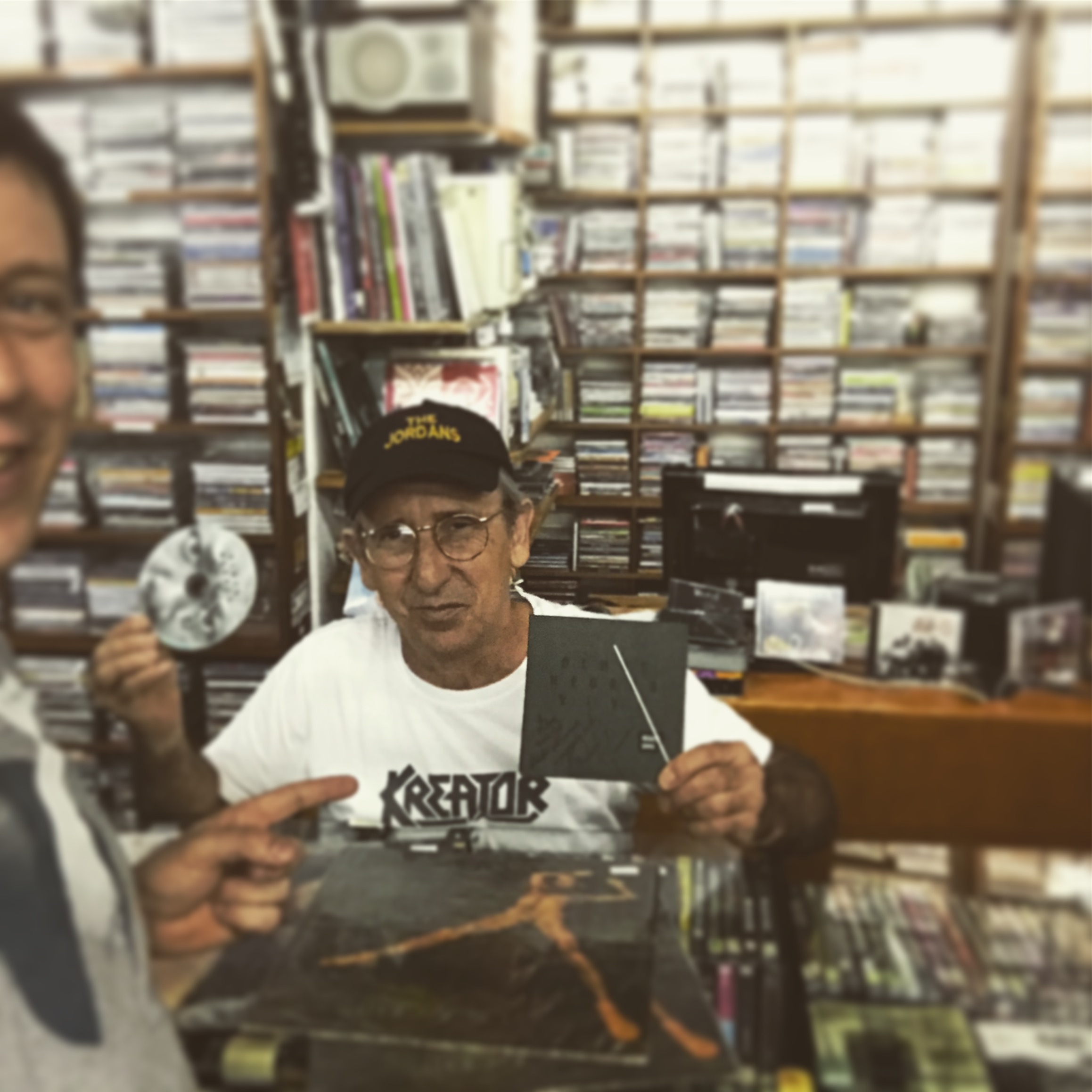 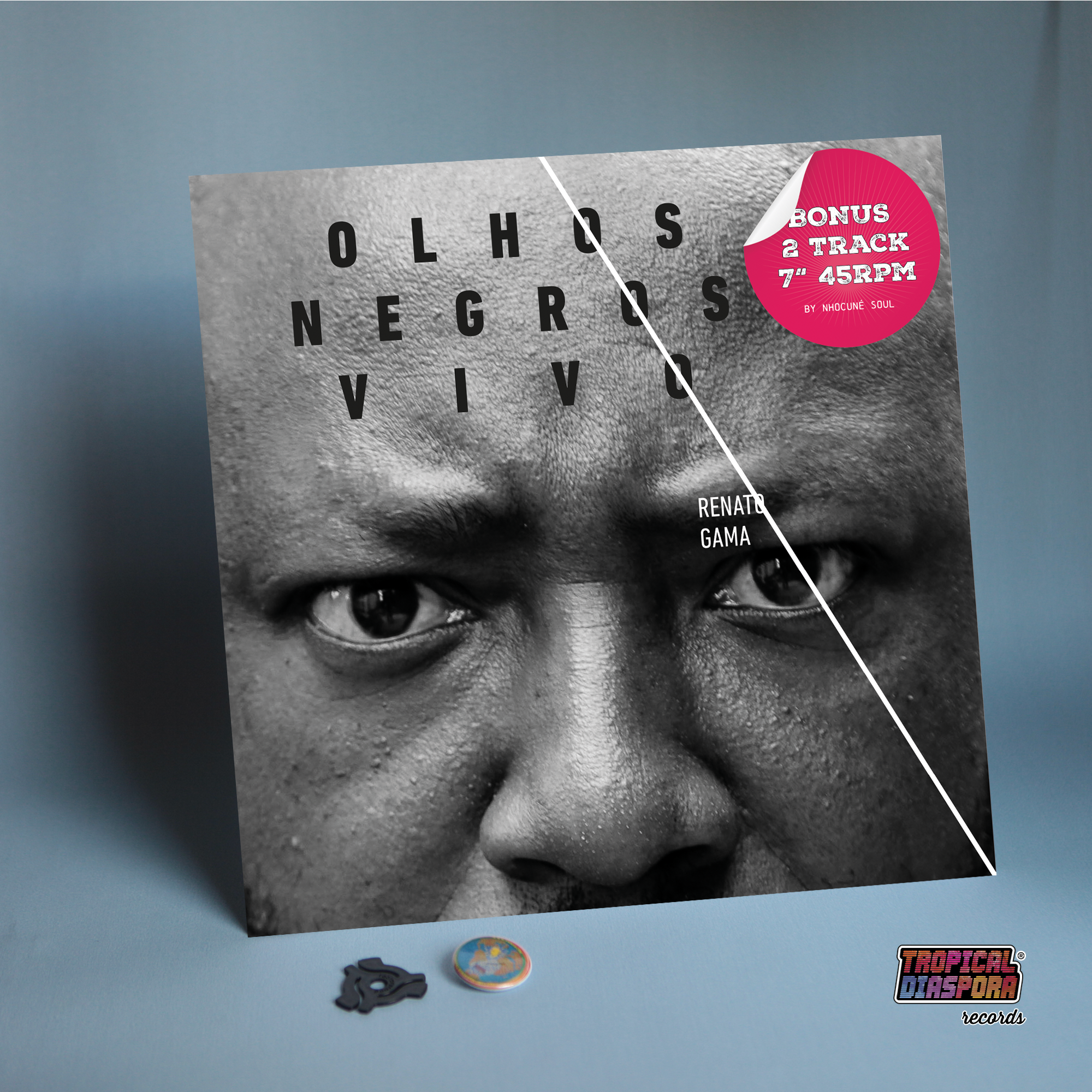 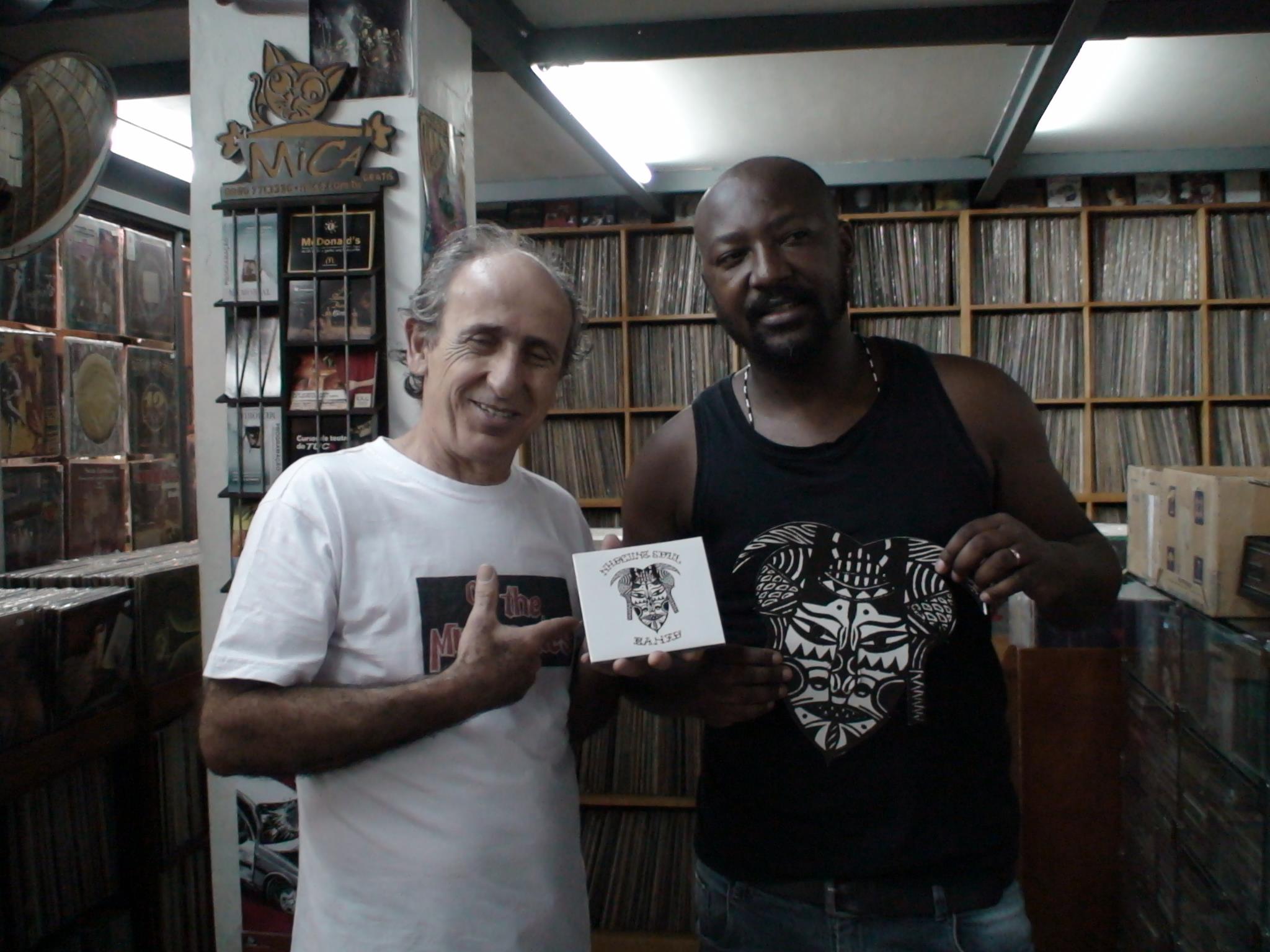 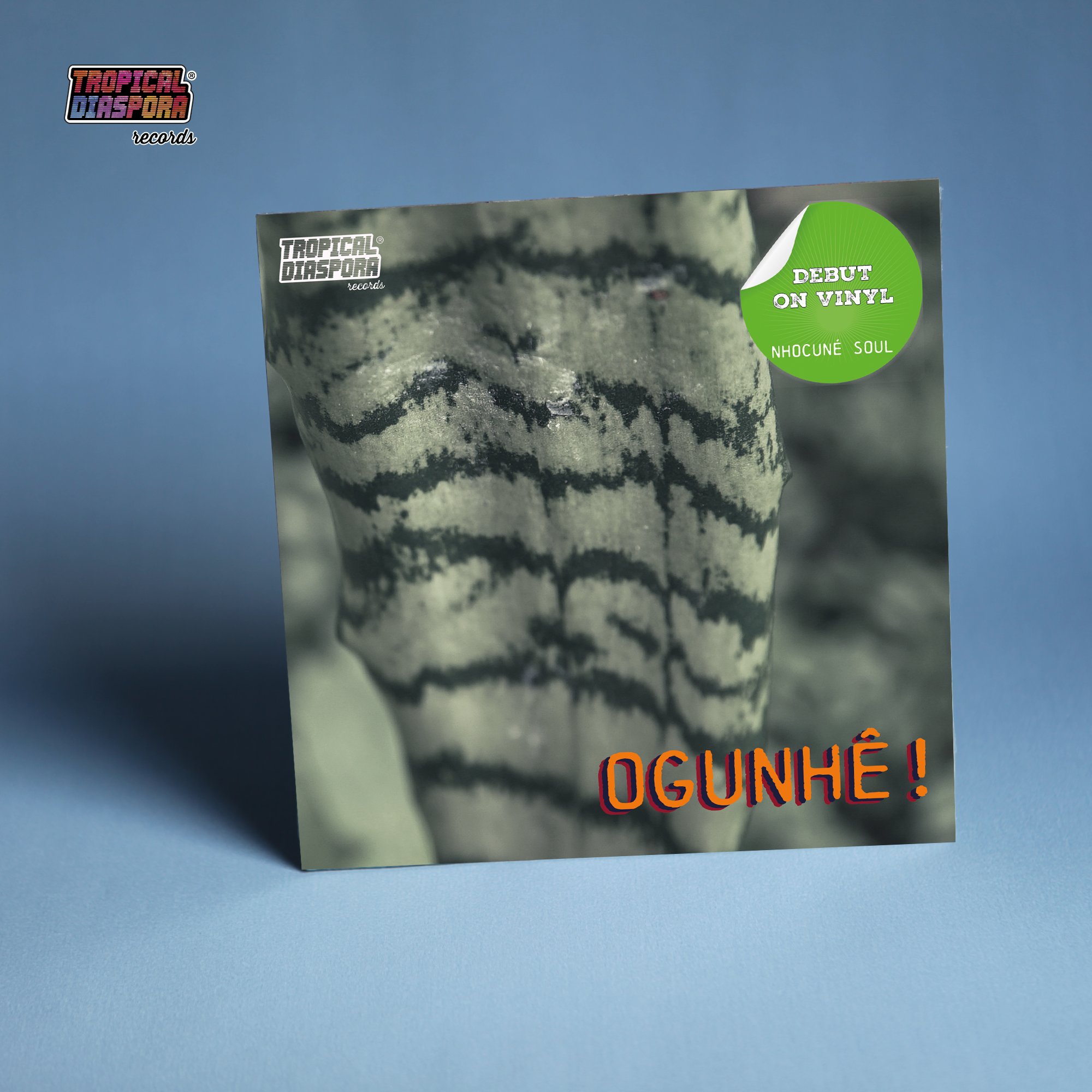 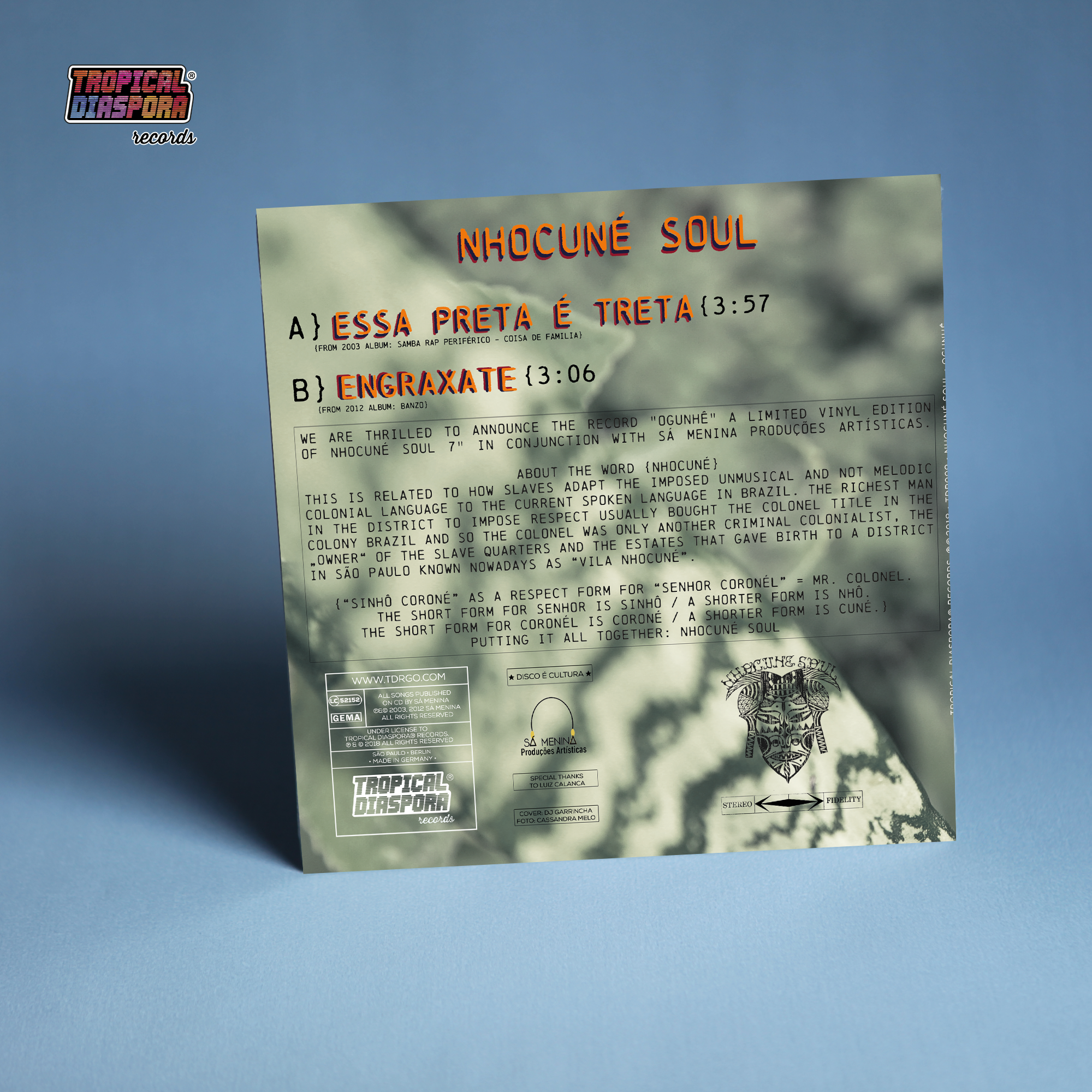 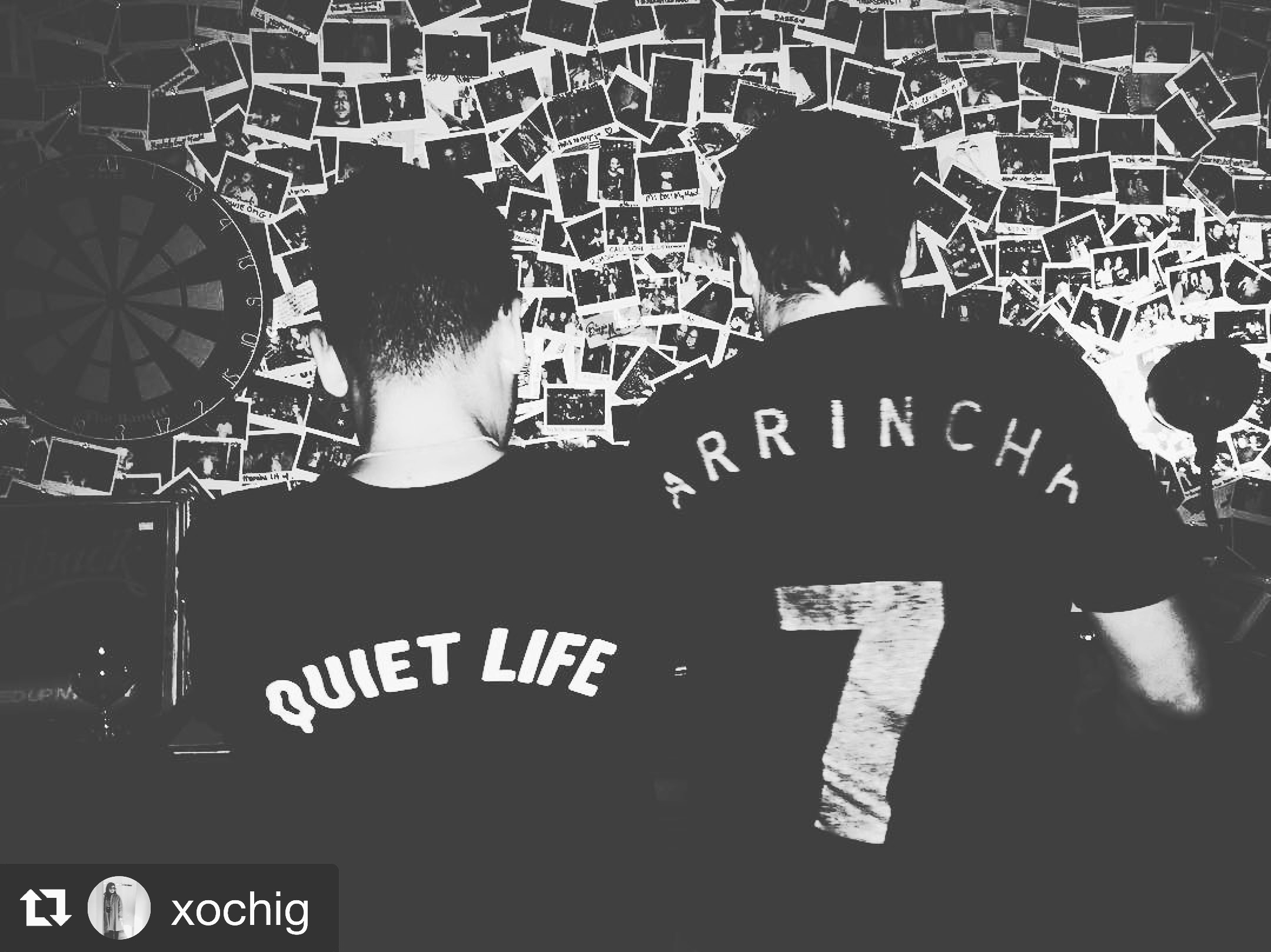 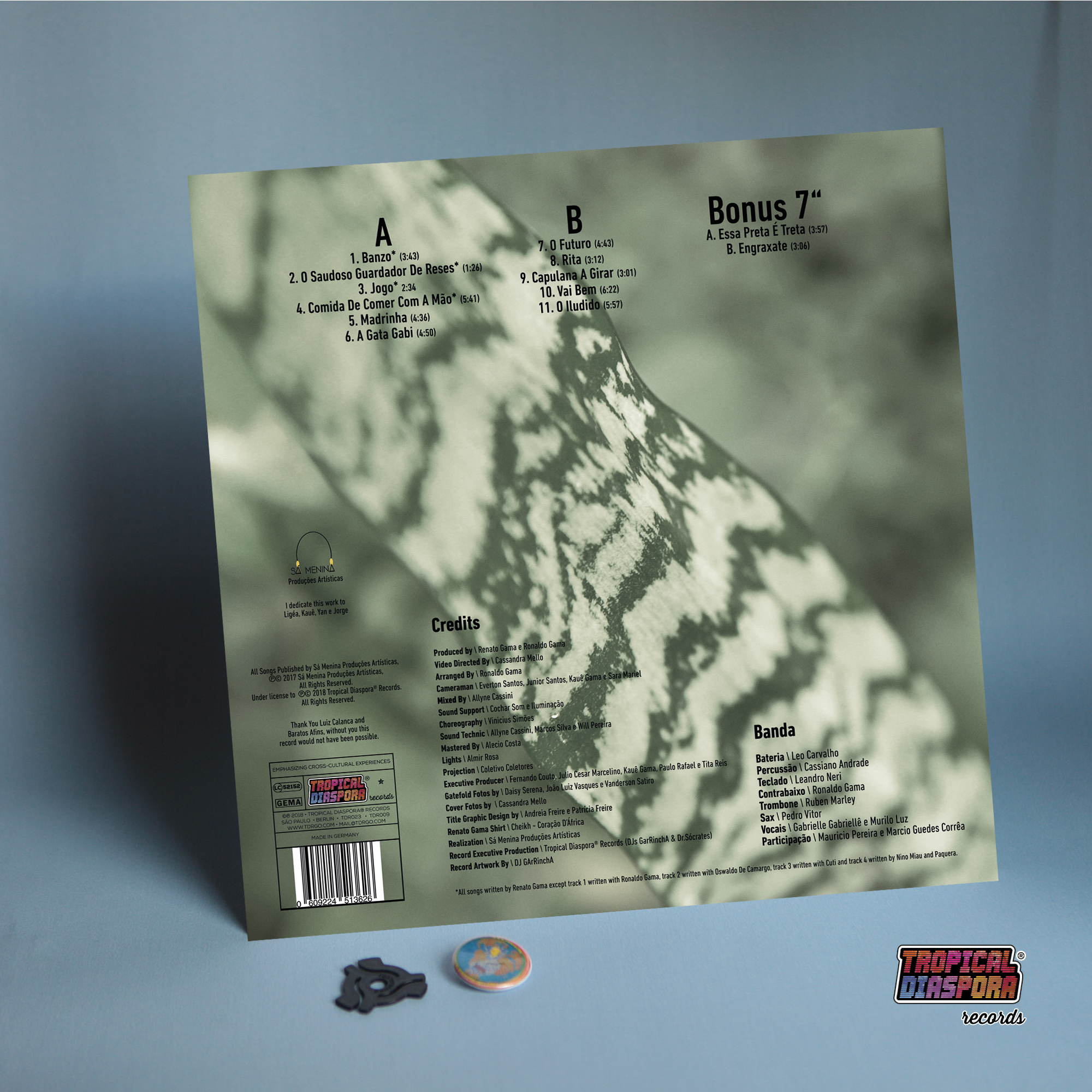