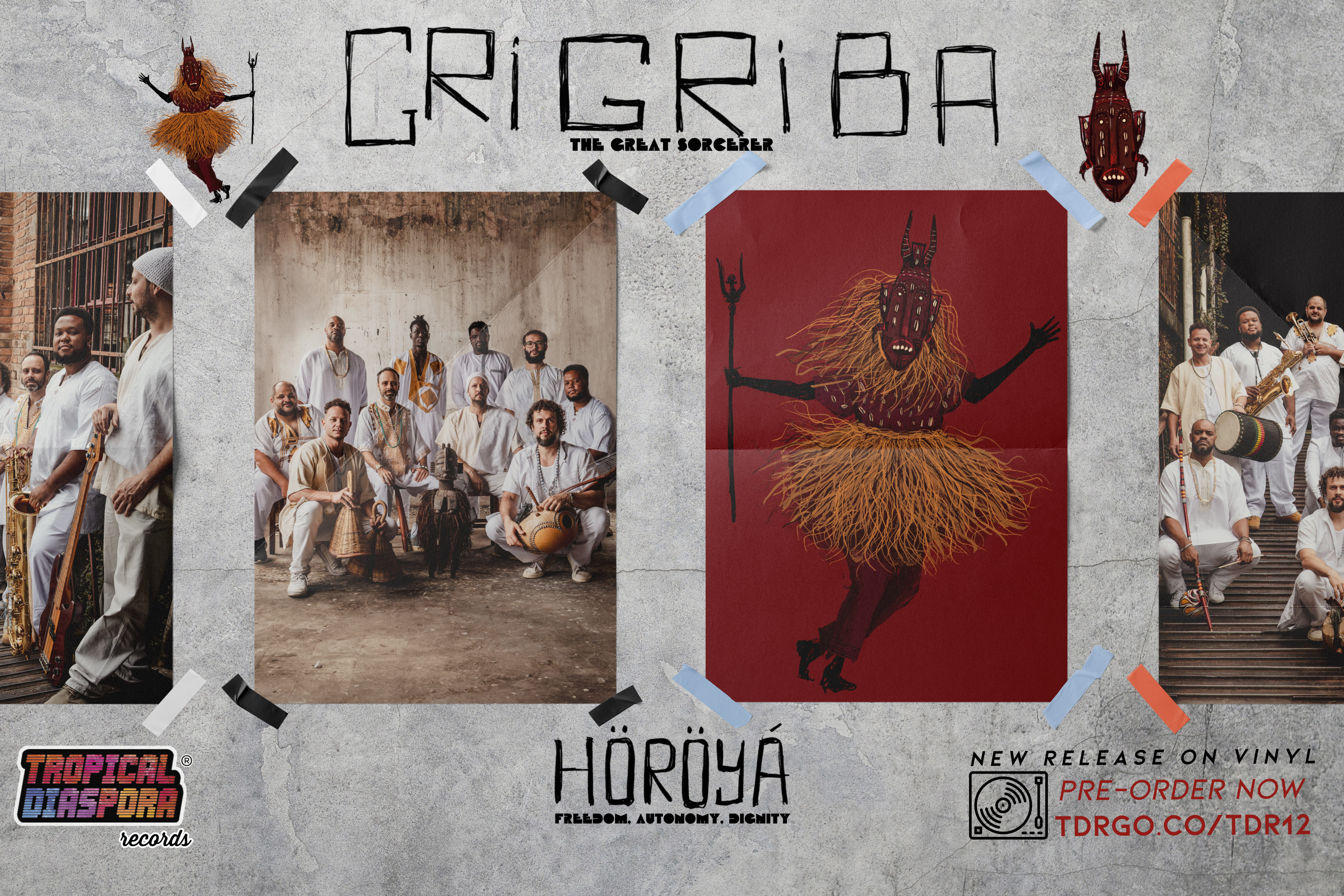 Afrobeat was in vogue some years ago. Everyone was looking at Africa for inspiration especially in the music and words of Fela Kuti, the great Nigerian musician who fathered Afrobeat from West Africa’s Highlife and the Afro-American funk that he encountered after being in contact with the Black Panthers in the US. In the West, the independent music scene was in crisis, and Afrobeat seemed to offer a good opportunity to redeem Western musicians who, before an empty and depoliticized present, thought that ‘becoming Africans’ could gave them a surplus much needed in the industry. The great drummer and composer of Africa ’70, Tony Allen began touring around, appearing in every festival in the West, and collaborating in every new record made. Some bands began to include musicians from the African diaspora who were used to legitimize the bands as a colorful extra and helped to authenticate rhythms and lyrics. Afrobeat was everywhere. It came from the West and reclaimed some glorious past lost in the ‘darkness’ of African history. In countries like Brazil, but also in the US, Afrobeat served for the (white) elites to discovered the African heritage without having to feel uncomfortable about it. It is a very strange thing if we consider that Brazil has the second largest black population in the world. Somehow, in a twisted rework of the Hegelian Master-Slave dialectic addressed by Frantz Fanon, the West acknowledged so its dependence on the African musical tradition without acknowledging Africa’s independence from its world view. 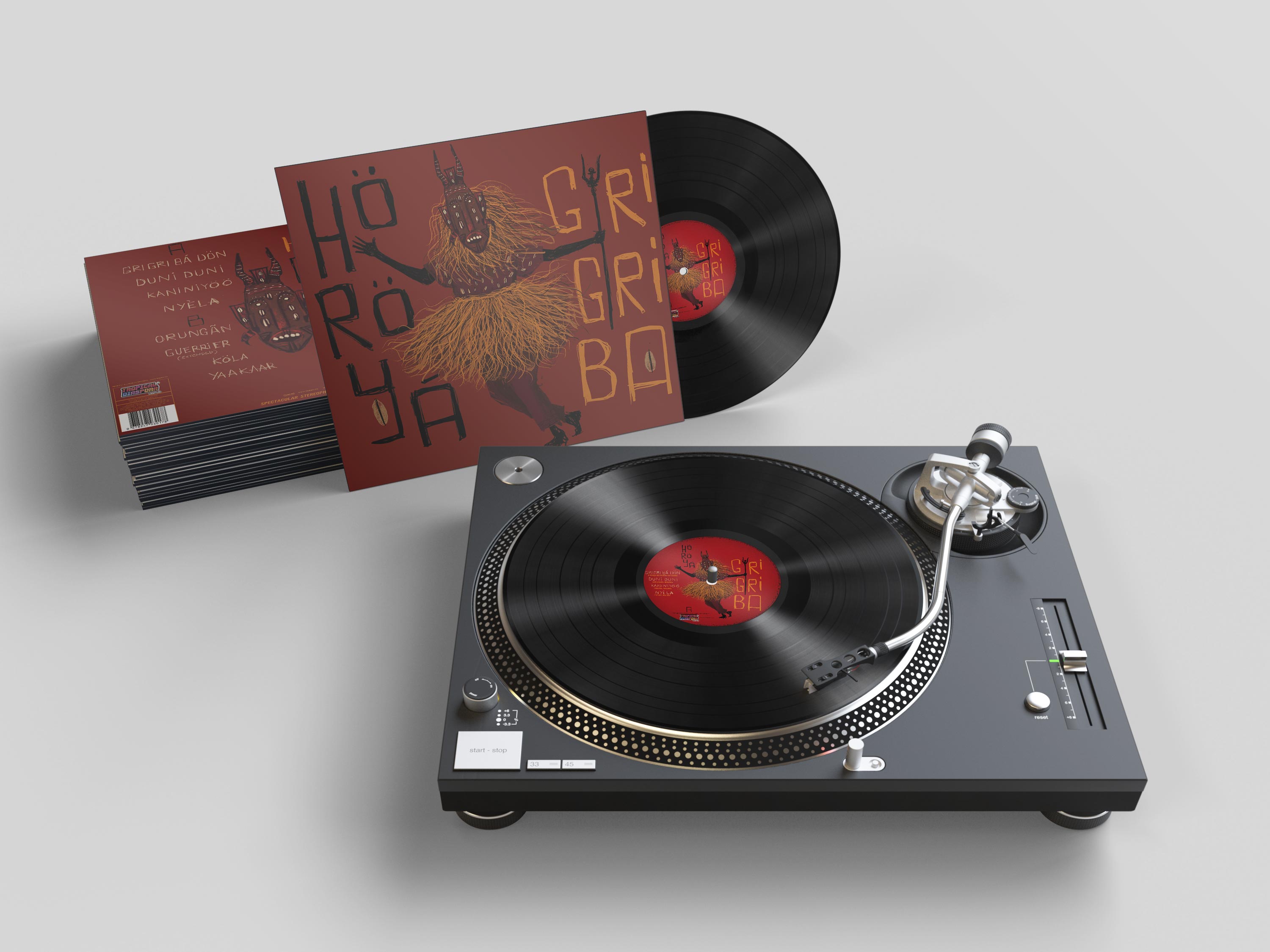 It isn’t right to pick the heritage and creativity of oppressed cultures without thinking about the repercussions. This is appropriation. But Höröya has taken a different path. The band from São Paulo does not imitate Afrobeat or Afrojazz. It makes a conscious use of these. In the context of race and class segregation that shapes Brazilian social life, it becomes a political stance. Its front man, André Piruka knows very well what means to be Afro-Brazilian today. His musical compositions, his use of the African instruments and rhythms, show a deep respect and understanding of a cultural tradition that differs from certain stereotypes that still shape the way how Brazil understands its relation to Africa, despite that Africa has dramatically shaped the Brazilian musical culture for centuries. The music created by the African diaspora in Brazil, and everywhere too, has been the result of a collective struggle carried out in the most inhumane conditions. Its survival talks about the resilience of thousands of women and men at the moment of their extermination. Any use, performance, rework or reinterpretation of this musical heritage need to have it in mind. So, it is with Höröya, and many other bands in Brazil, that make use of Afrobeat departing from the slums of their own reality. 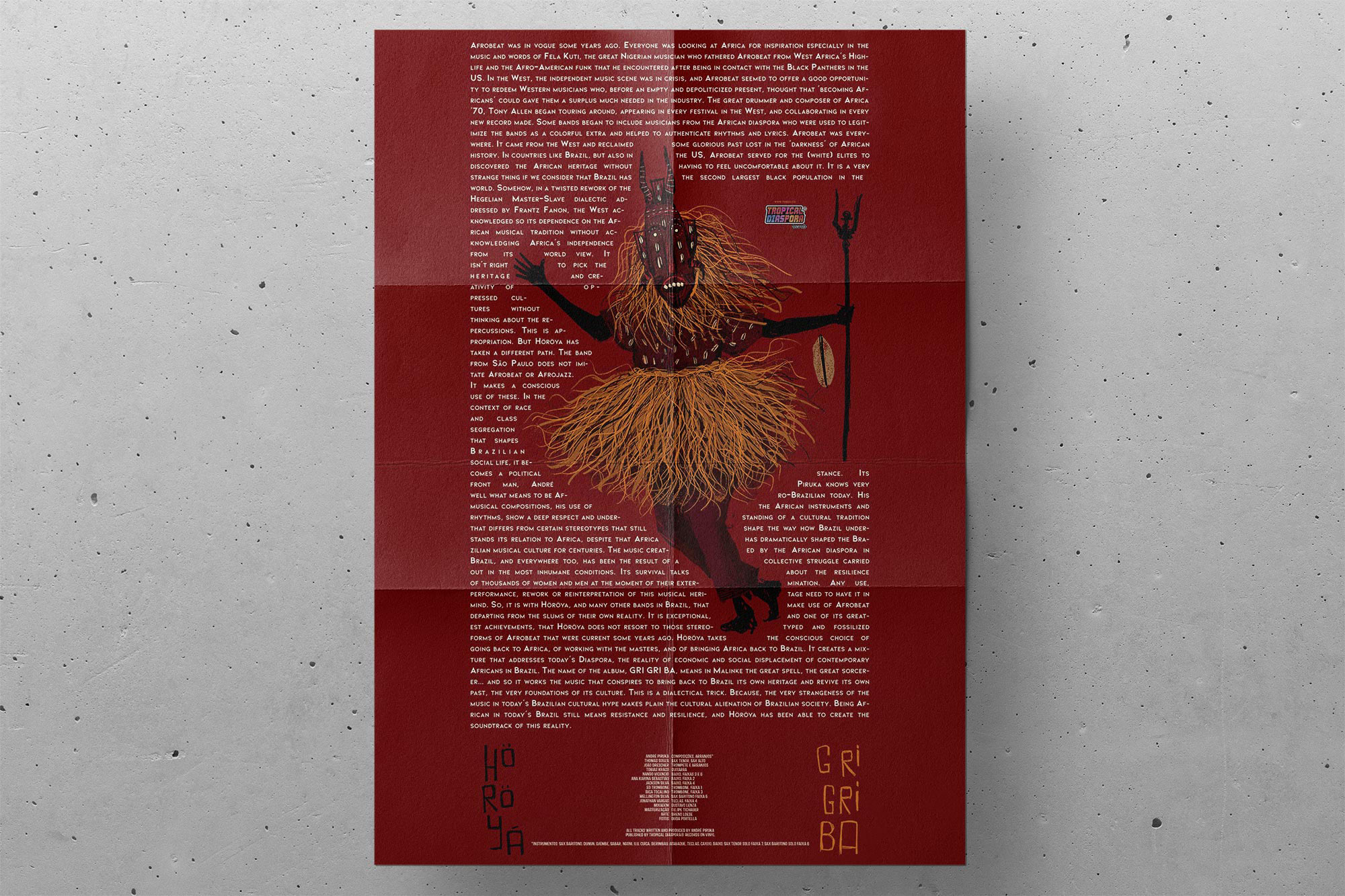 It is exceptional, and one of its greatest achievements, that Höröya does not resort to those stereotyped and fossilized forms of Afrobeat that were current some years ago. Höröya takes the conscious choice of going back to Africa, of working with the masters, and of bringing Africa back to Brazil. It creates a mixture that addresses today’s Diaspora, the reality of economic and social displacement of contemporary Africans in Brazil. The name of the album, GRI GRI BA, means in Malinke the great spell, the great sorcerer… and so it works the music that conspires to bring back to Brazil its own heritage and revive its own past, the very foundations of its culture. This is a dialectical trick. Because, the very strangeness of the music in today’s Brazilian cultural hype makes plain the cultural alienation of Brazilian society. Being African in today’s Brazil still means resistance and resilience, and Höröya has been able to create the soundtrack of this reality. 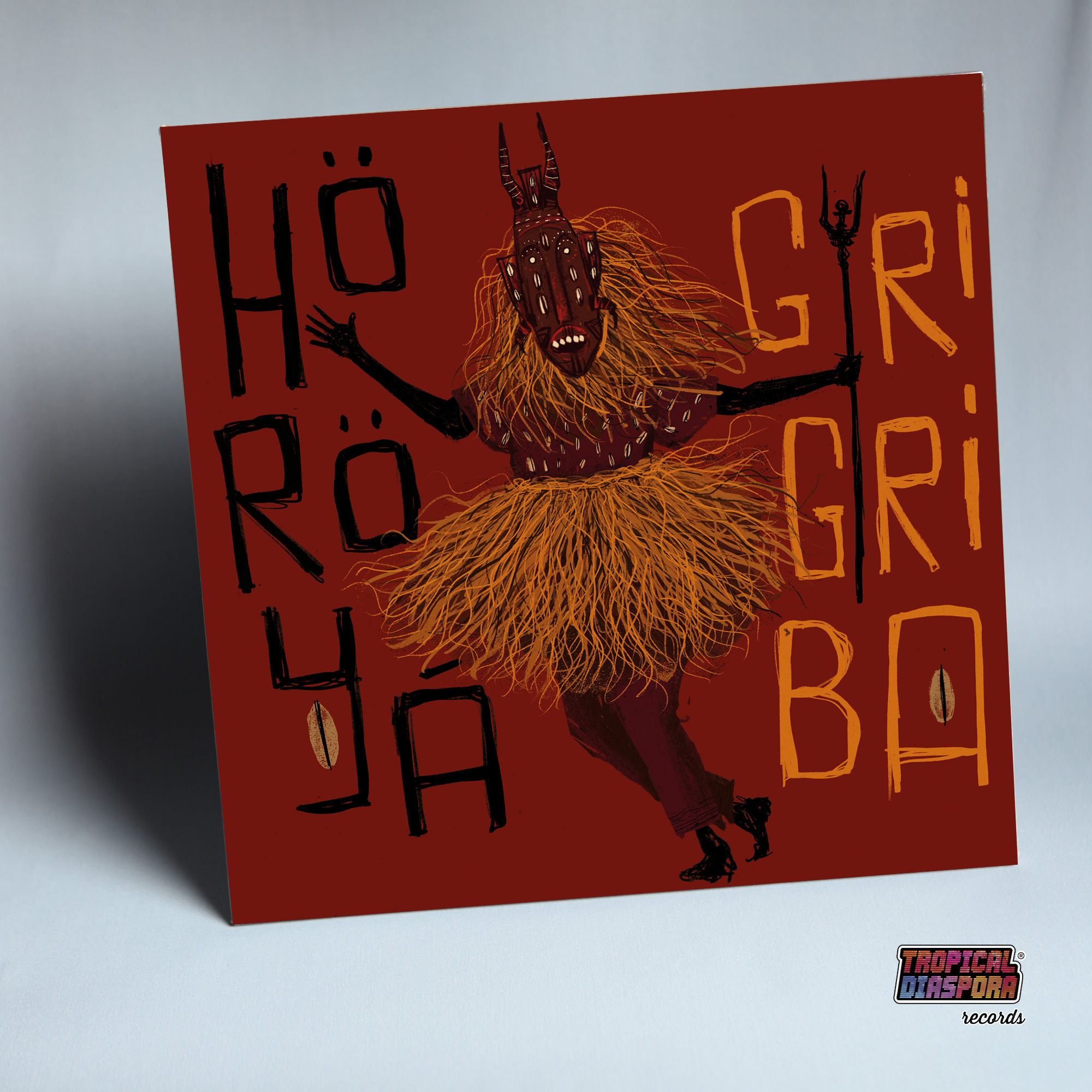 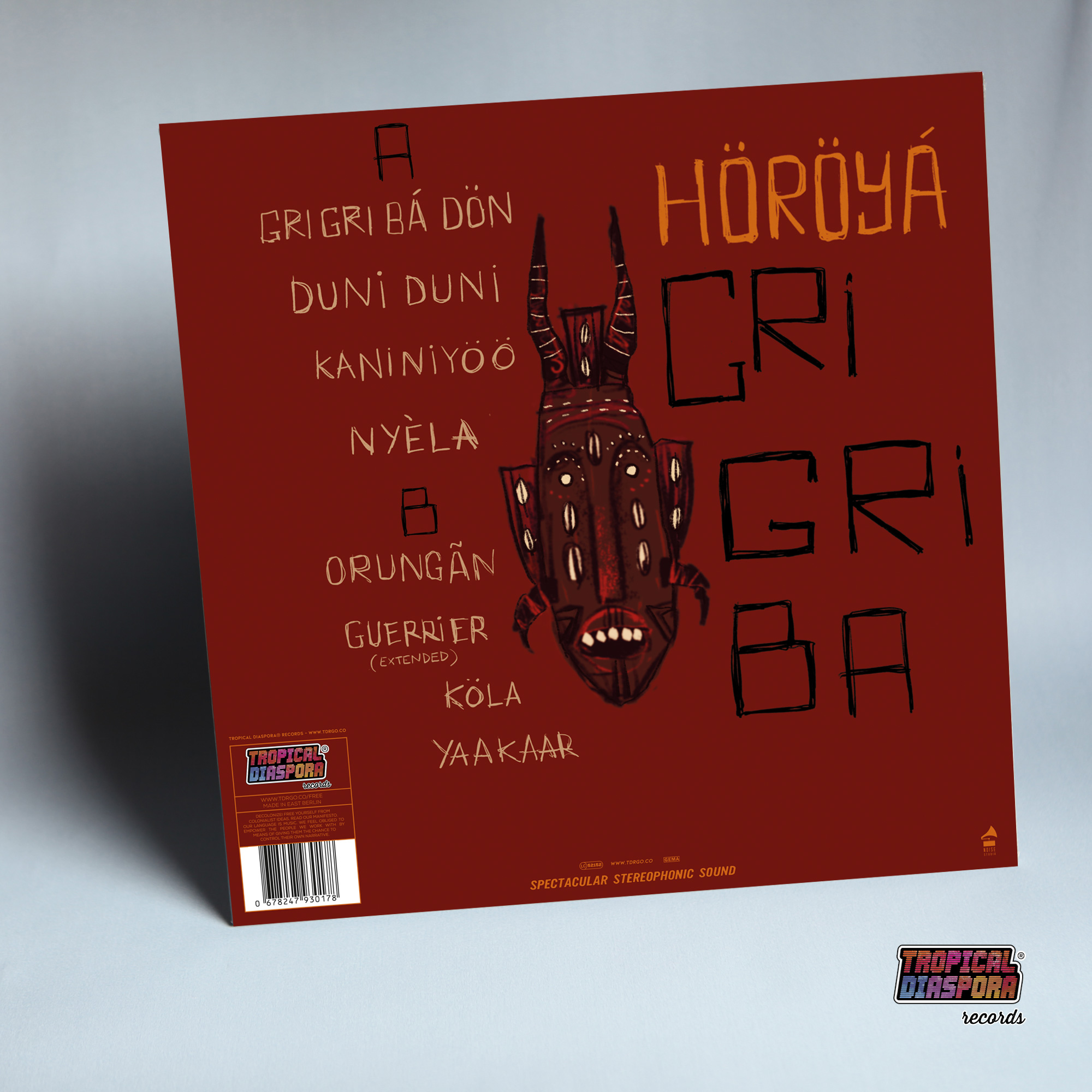 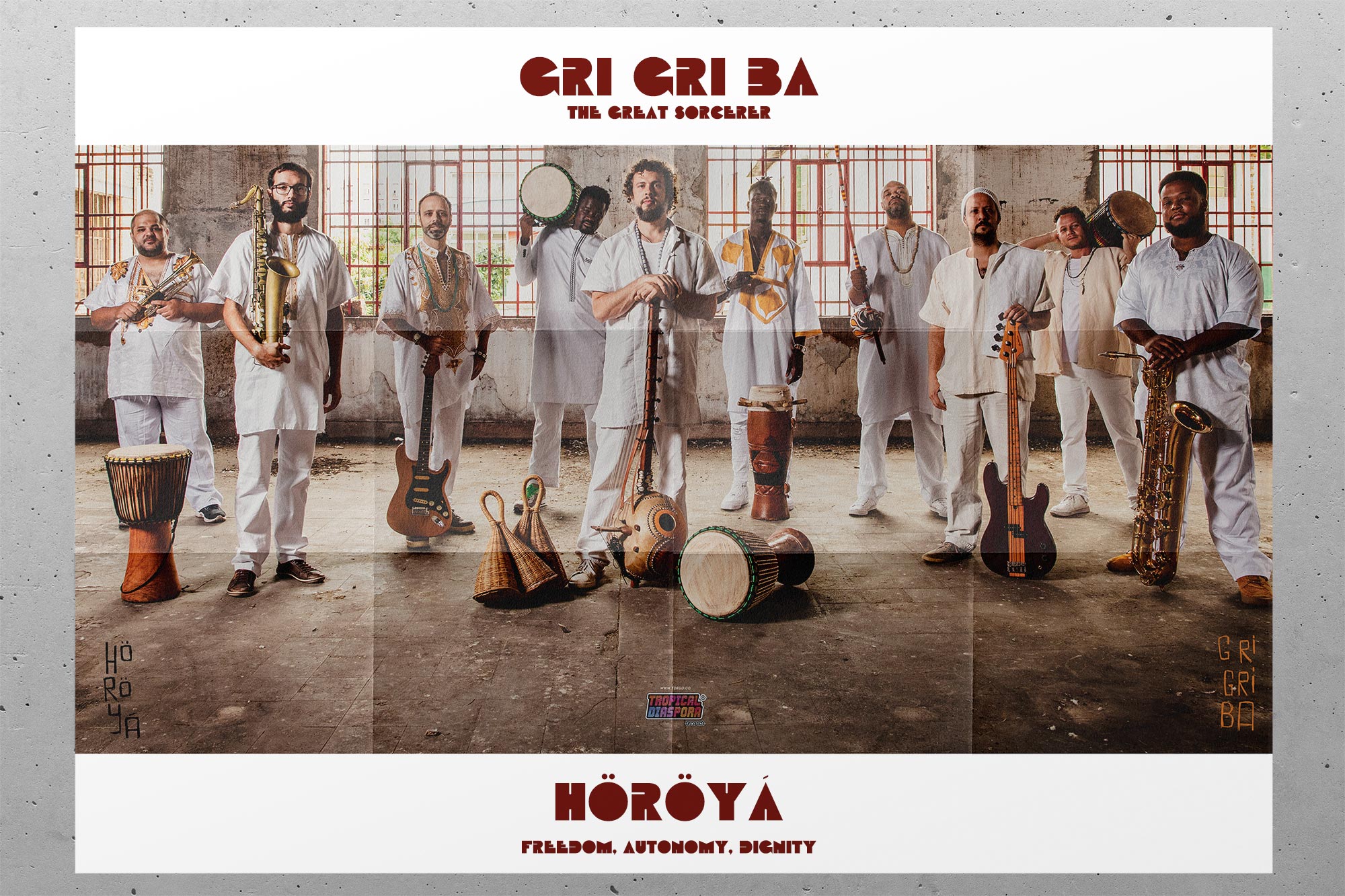 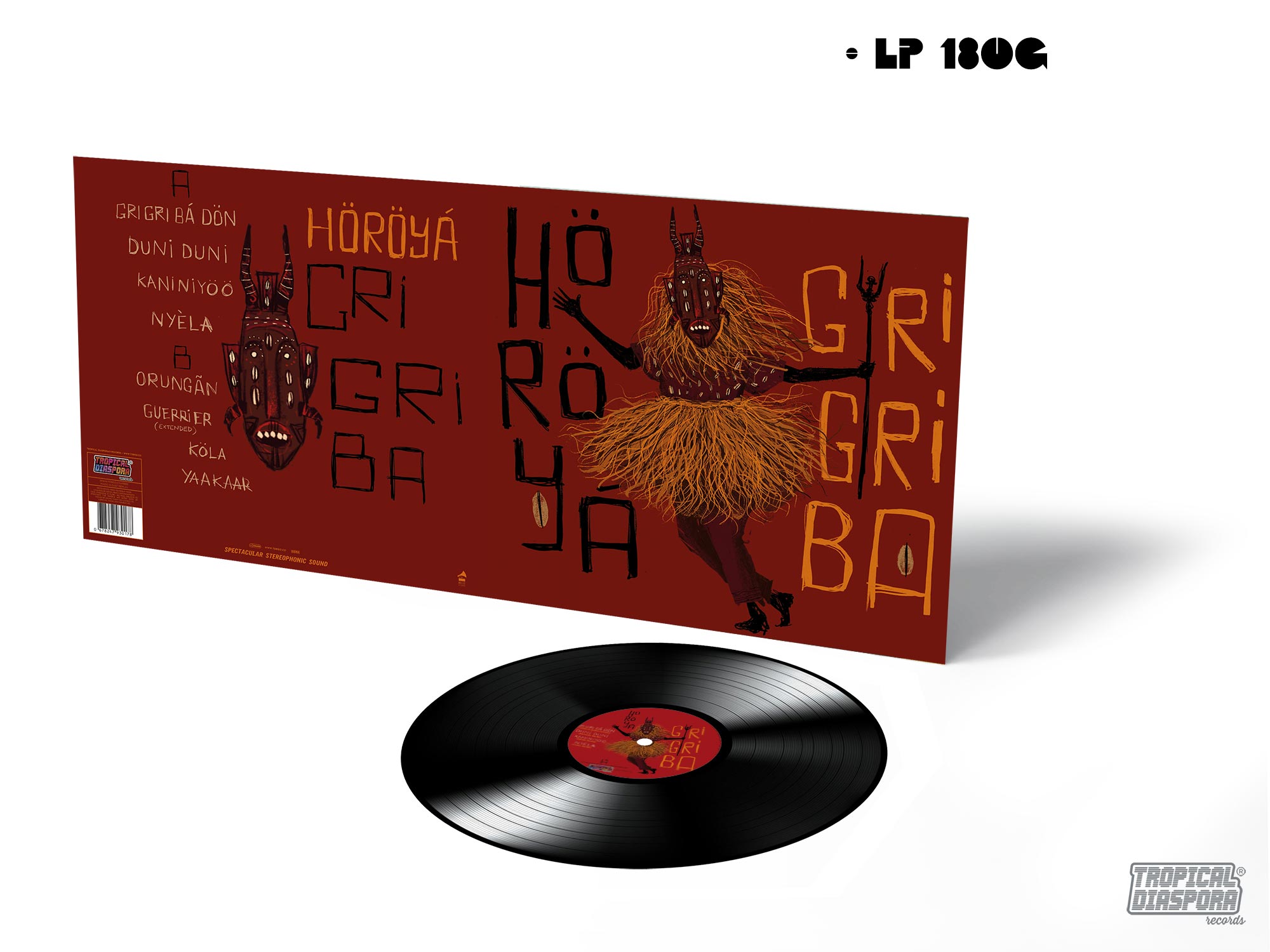 Produced by HÖRÖYÁ. This album was unplanned and recorded as a result of the COVID-19 pandemic.