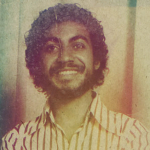 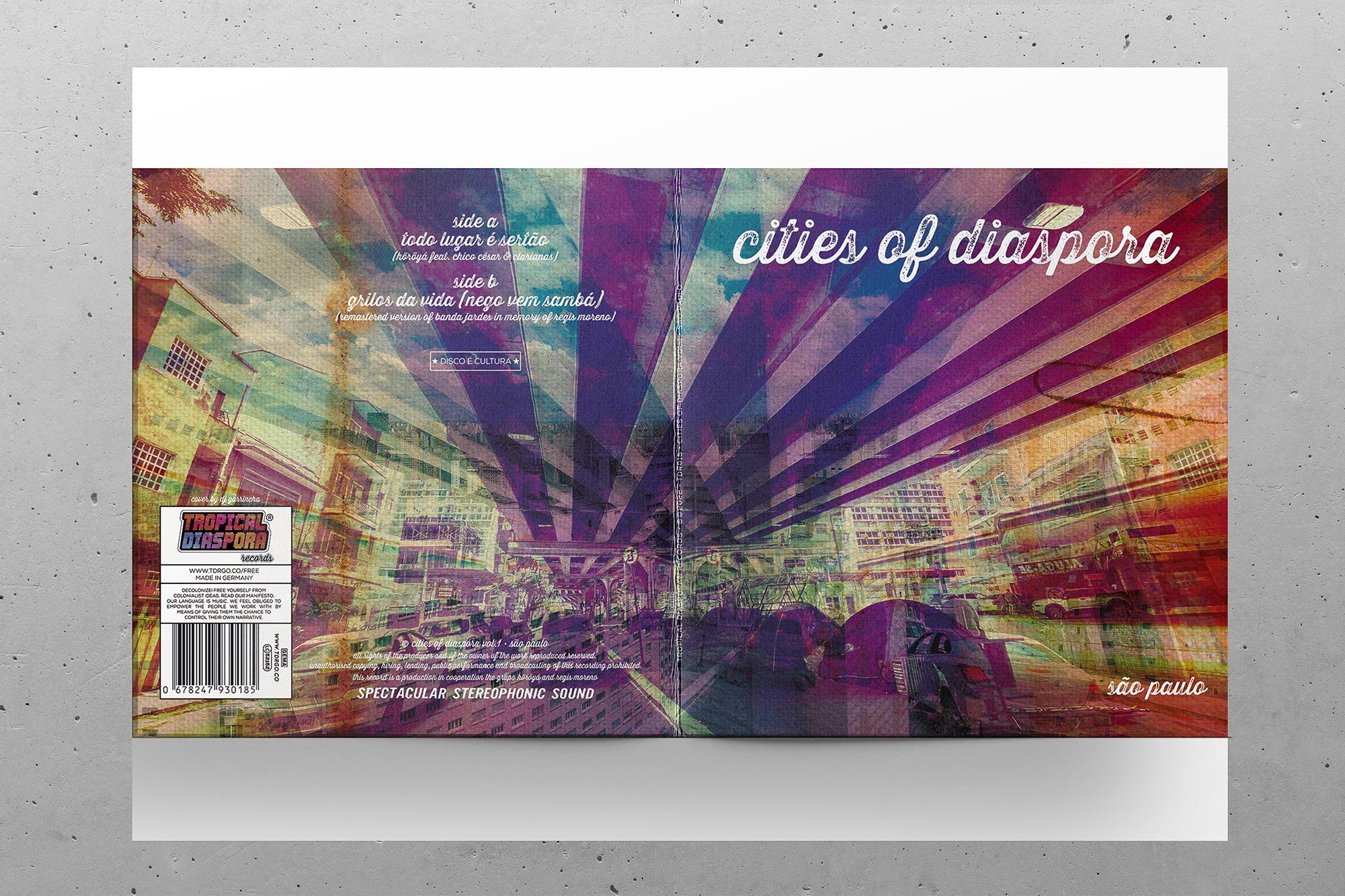 First release in the Cities of the Diaspora 7 inch vinyl series. São Paulo is in the spotlight with a single featuring two great bands.

On side A, the Afro-Brazilian group Höröyá with “Todo Lugar é Sertão” from their third album Pan Bras’Afree’Ke Vol. 2. In this single Höröyá welcomes Chico César and the group Clarianas who values caboclo songs of Afro-Northeastern-Indigenous origin. Recorded between São Paulo and Bamako, the single follows the concept of Höröyá’s last two albums, Pan Bras’Afree’ke Vol. 1 and 2, in which the group brings together artists from Brazil and West Africa such as Guinea, Mali, Senegal and Burkina Faso.

In “Todo Lugar é Sertão”, the group Höröyá welcomes the lyrics and voice of singer-songwriter Chico César and the Clarianas choir, a musical group formed by three women whose focus is the ancestral woman’s voice in the popular music of Brazil. The levadas of African instruments are present, such as the kamele ngoni of Adama Koeta and the djeli ngoni of Barou Kouyate, musicians from Mali, and also Brazilian instruments such as the zabumba and the berimbau.

The music unites the sound of two regions with many similarities, the Sahel (a region close to the Sahara desert) and the Brazilian Sertão, in an incredible sound proposal of unusual instruments heard together, united by the simple and profound poem of Chico César. André Piruka, frontman of Höröyá.

On the B-side, the single features Banda Jardes and pays tribute to the musical career of Reginaldo Laurindo Da Silva, aka Regis Moreno, composer and performer of one of Brazil’s most iconic samba rock songs, “Grilos Da Vida (Nego Vem Sambá)”. Regis Moreno sadly passed away last September. The song was previously released in our Bugiganga Tropical series, Vol. 1 (sold out) and it has been remastered for this album.

Having emerged from the poor black peripheries of the city in the district of Guaianazes in the east side of the city, Reginaldo could fill with his band Banda Jardes big concert halls in the 1980’s. We at Tropical Diaspora Records had the immense privilege to know Reginaldo and his music firsthand. The song that represents like few others the true spirit of samba-rock with its distinctive guitar take. Reginaldo had the opportunity to enjoy with us the renaissance of his music and further collaborations were planned. Today it is no longer possible. A beautiful soul is gone. So generous that he has left us to enjoy the soundtrack of our lives; these are the Grilos da Vida.

Side A • Todo Lugar É Sertão

There are many stories around this record and, in São Paulo, in the vinyl shops everybody knows the record which is almost impossible to find. One of the stories told by Regis himself is that someone, at that time when the band was very well known in the city, had made thousands of illegal copies of the record and as the band, the producer and Regis started to look for the responsible, the guys threw all the unsold records in the river Tietê.

This year I met with Regis in São Paulo to get his only copy of the record. He made me clear that the record is only on loan to Tropical Diaspora Records, and we are going to press this song very soon. The record is in very good condition and our new pressing will come out of it. So the record is now in Berlin. But before we press a new 7 inch fully dedicated to Banda Jades and Regis with this groove, the public has the chance to listen here and dance this great Samba Rock from Banda Jardes.

A gem is gone. After a long illness (António) Regis Moreno passed away in São Paulo. Regis was one of the greatest representatives of samba-rock, the musical blend of samba, funk and rock that has come to characterize a specific time in Brazilian popular music. Having emerged from the poor black peripheries of the city, Regis could fill with his band Banda Jardes big concert halls in the 1980’s. We at Tropical Diaspora Records had the immense privilege to know Regis and his music firsthand. We published on vinyl a reissue of his massive hit “Grilos da Vida” (today sold-out). “Grilos da Vida” is a song that represents like few others the true spirit of samba-rock with its distinctive guitar take. Regis had the opportunity to enjoy with us the renaissance of his music and further collaborations were planned. Today it is no longer possible. A beautiful soul is gone. So generous that he has left us to enjoy the soundtrack of our lives; these are the Grilos da Vida.

• Side A with Grupo Höröyá / Chico César / Clarianas • Todo Lugar É Sertão.
• Side B with a remastered version of Grilos Da Vida (Nego Vem Sambá) by Regis Moreno. 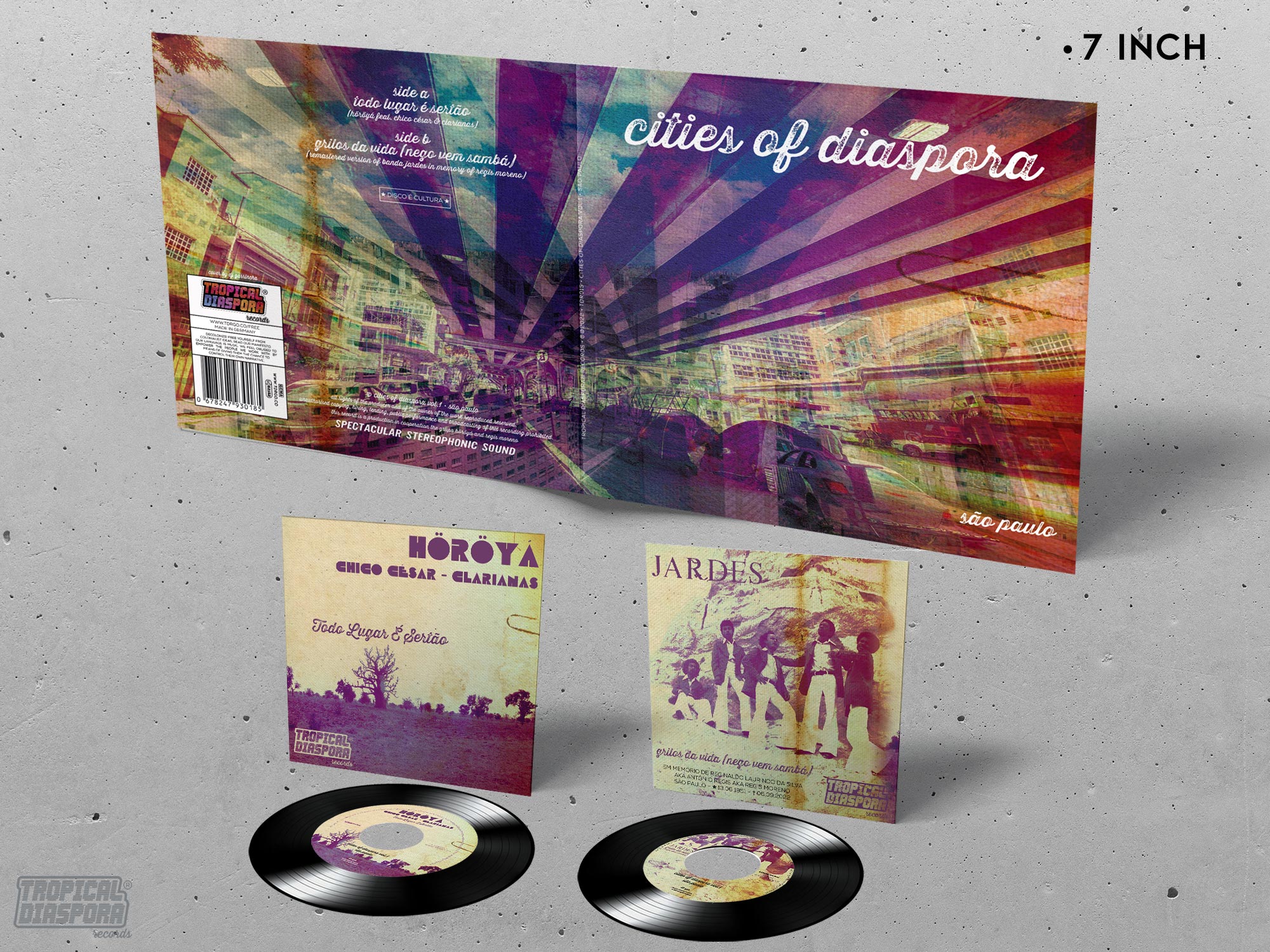 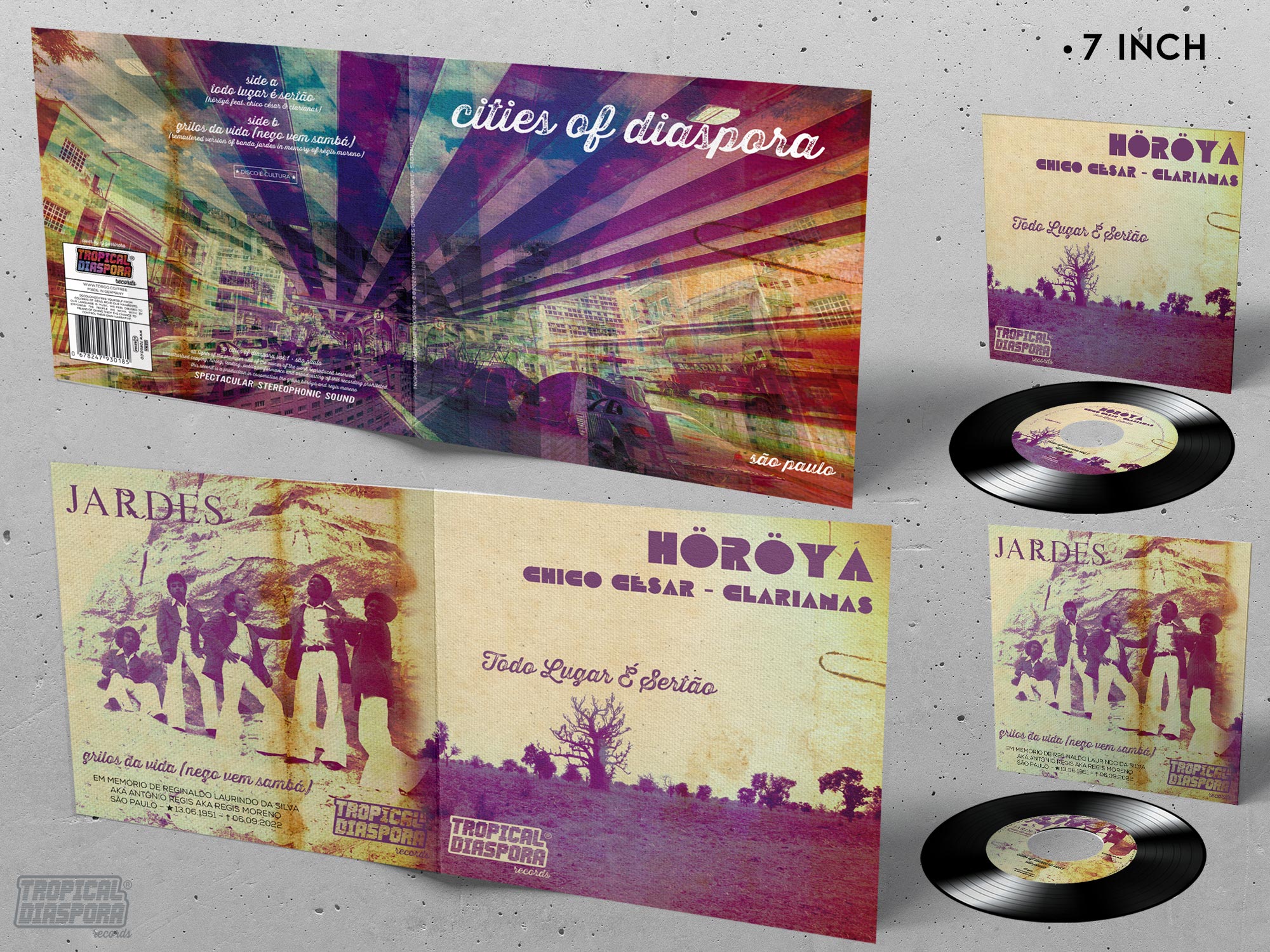