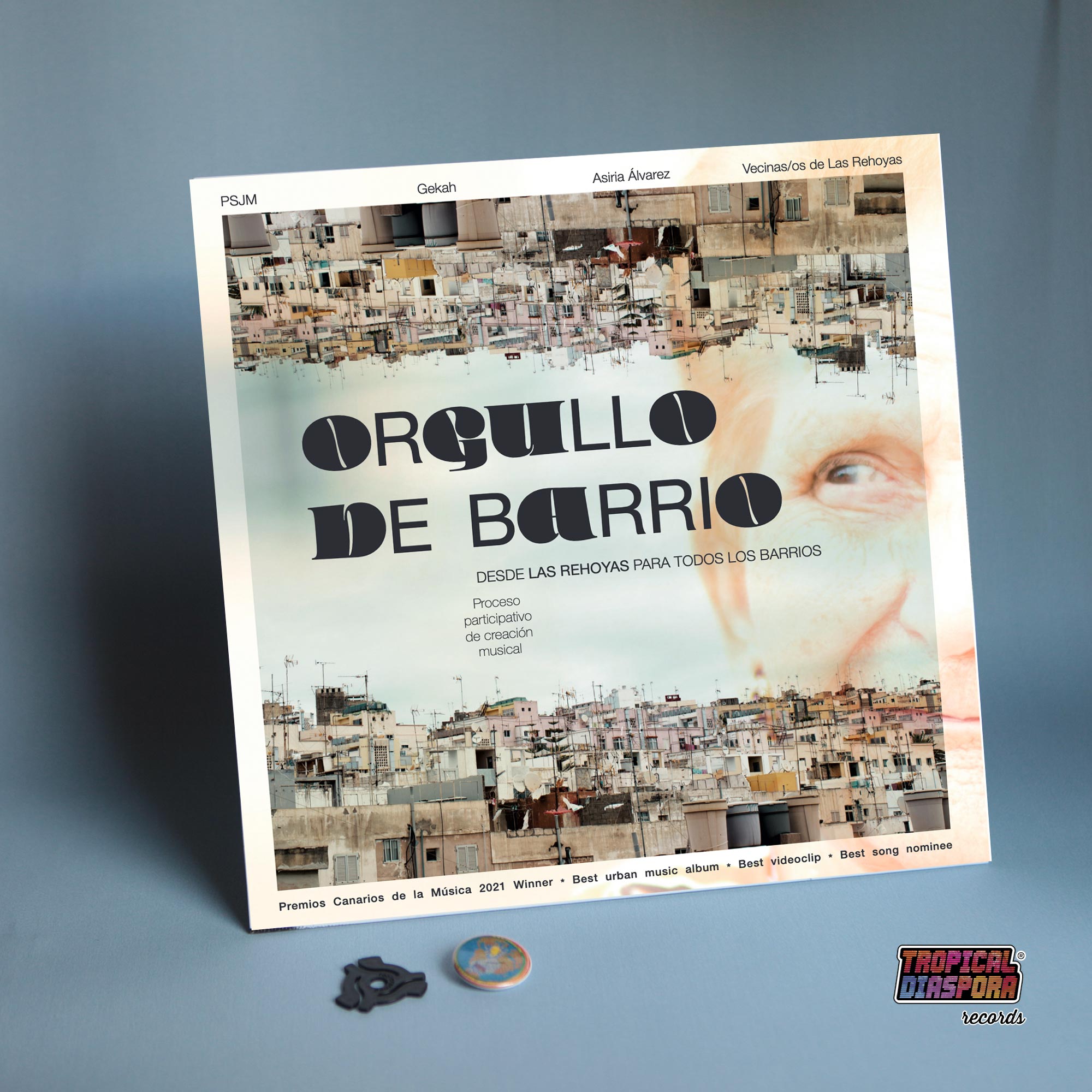 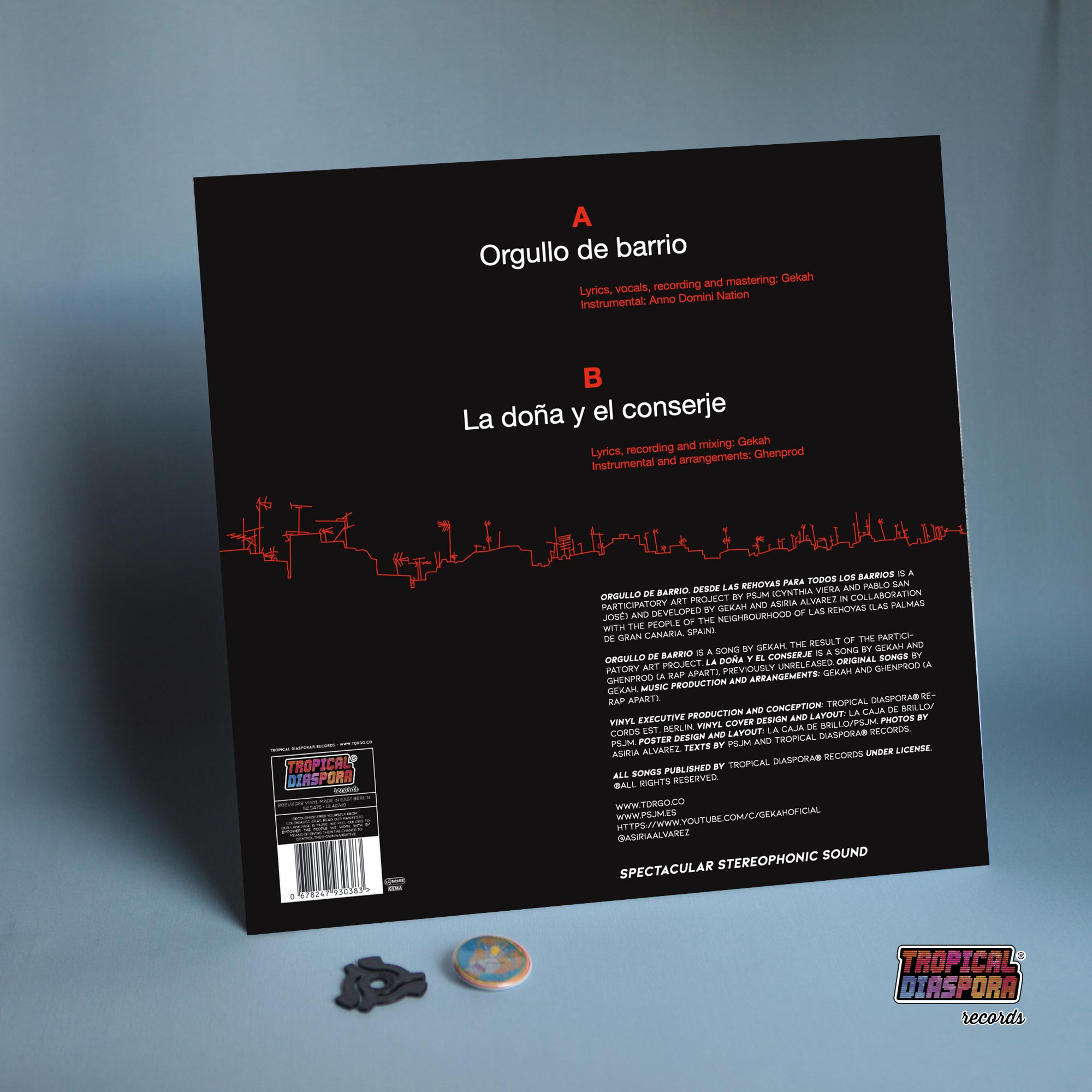 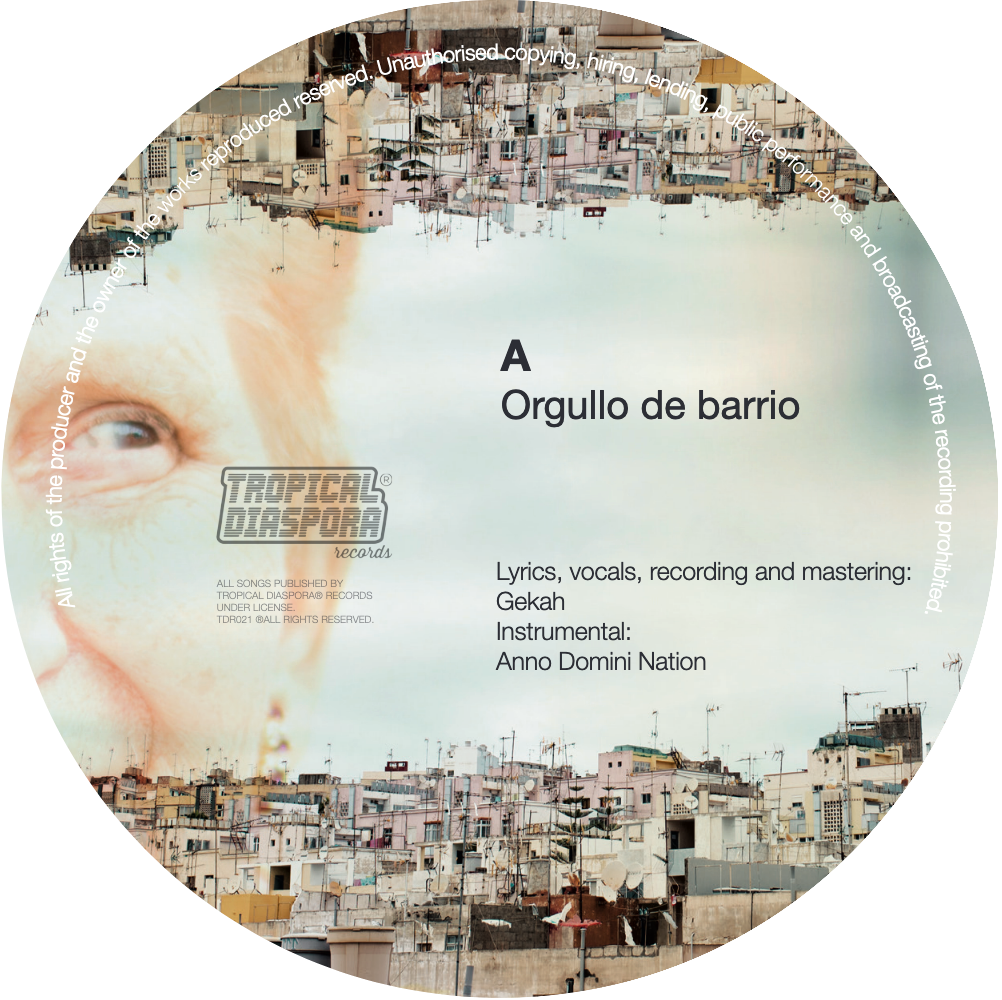 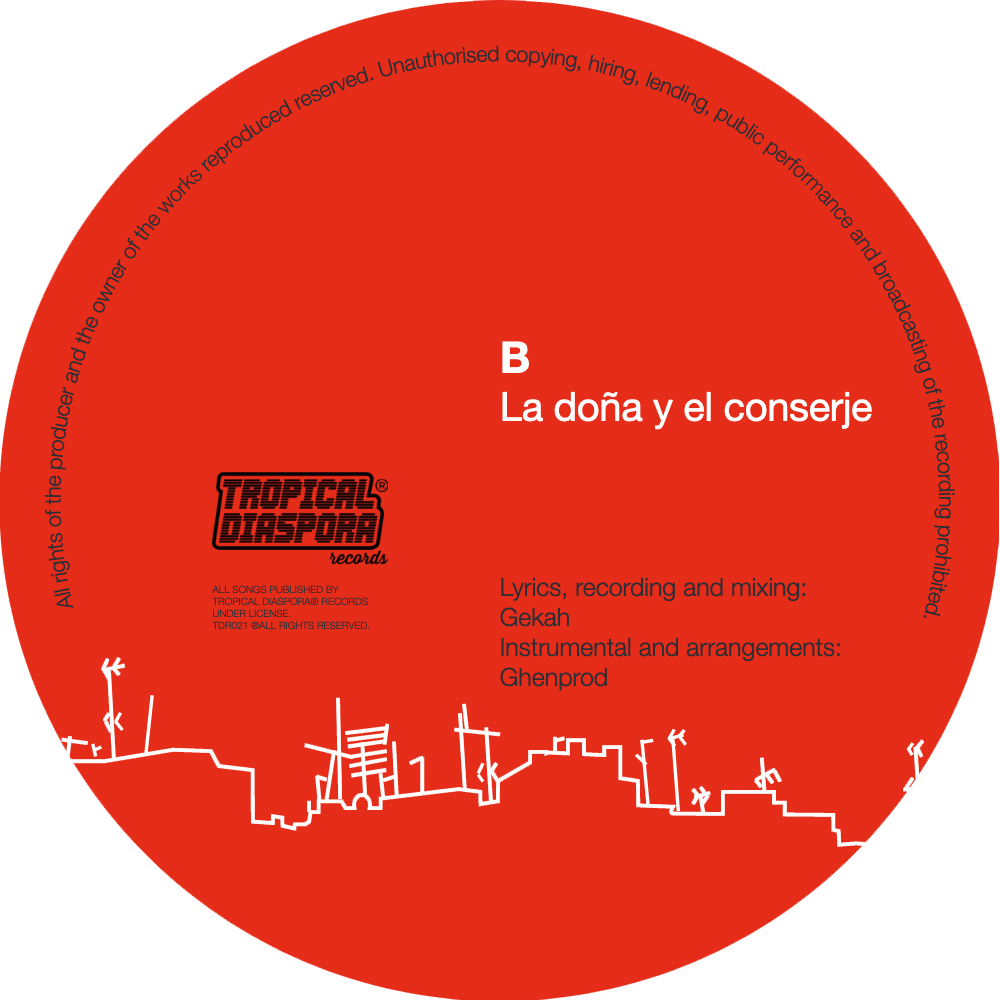 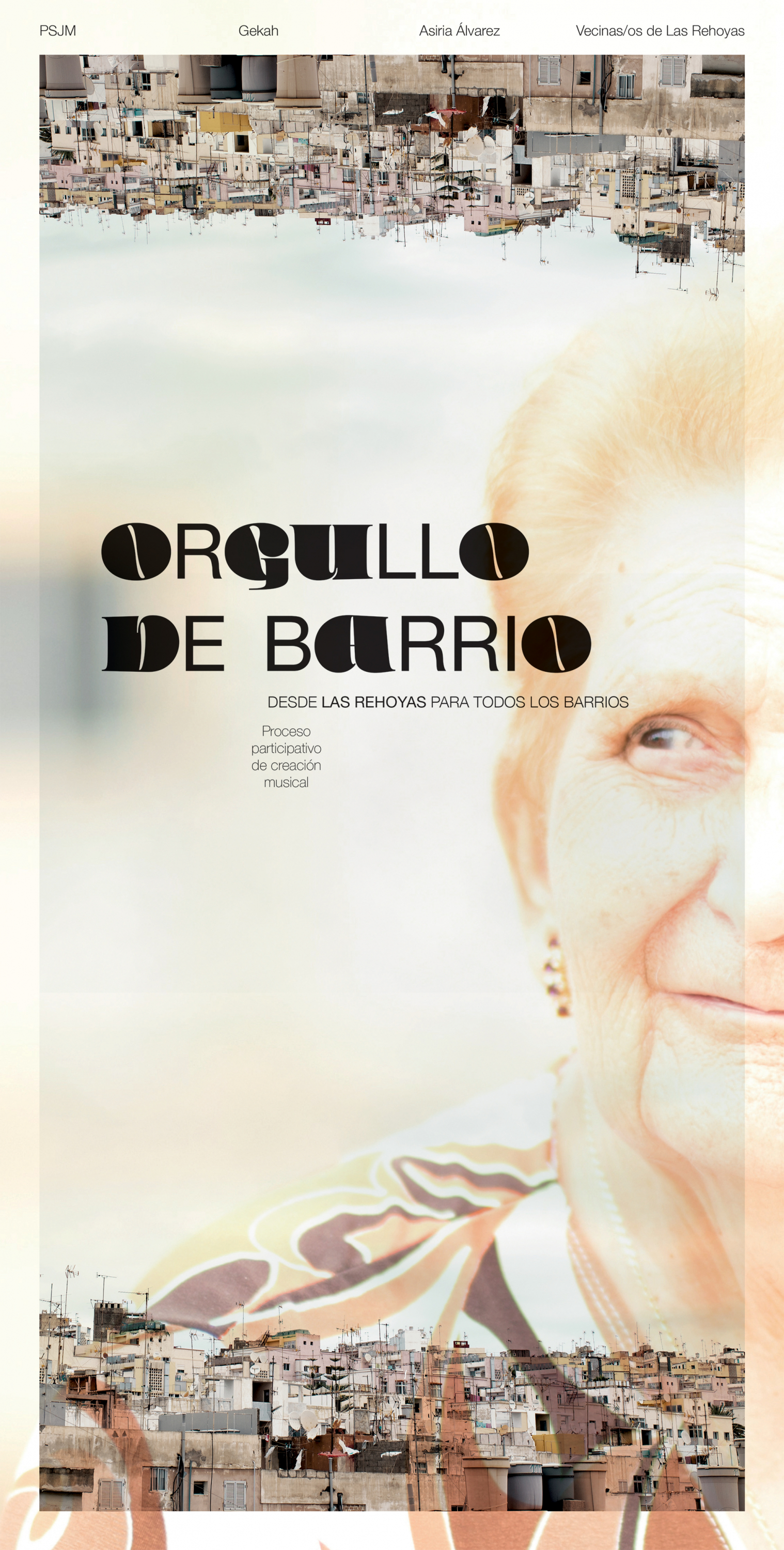 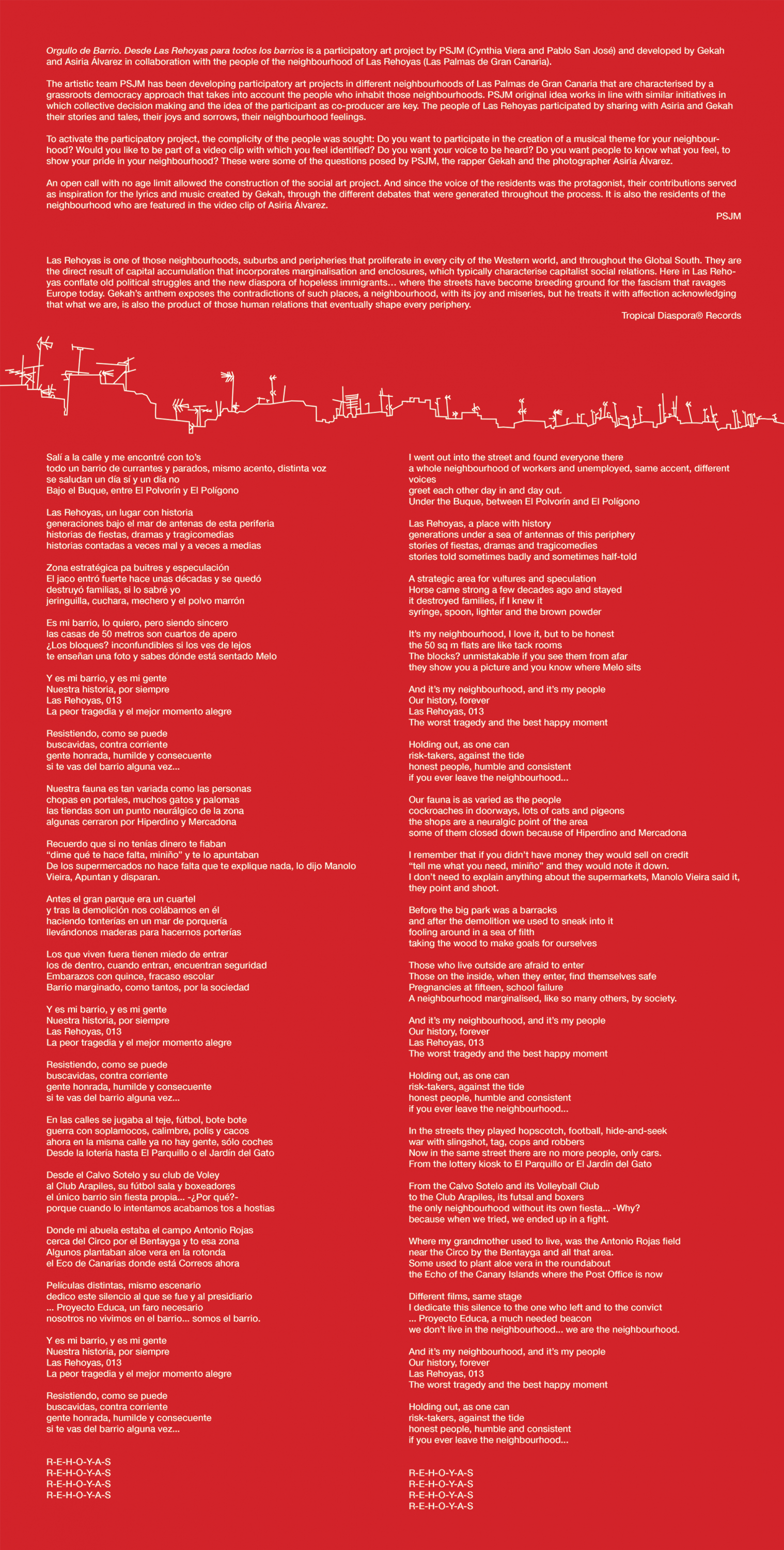 Alberto Gekah’s “Orgullo de barrio” – hip hop from Canary Islands. The result of a collaborative project after an original idea of PSJM with Asiria Álvarez and the participation of the people of the neighbourhood of Las Rehoyas in Las Palmas de Gran Canarias.


Canary Islands is a place in conflict of identities. Geographically located in Africa it has a history of conquest, colonization and Spanish rule that goes back to the fifteenth century. This history has been erased by the colonial authorities or internalized as somehow inevitable to the point that not much is known today about the original people inhabiting the islands, presumably related to the Berbers. At the time of the Spanish Empire the islands were used as stop-over for the galleons on their way to rampage the Americas, their people, and resources. The Canaries have today a Spanish and European identity, although is too far to be Europe or Spain. The different islands are now confronted with their own past as they serve as a gateway to Europe for thousands of poor and desperate Africans, many of whom have found their grave in the depths of the Atlantic Ocean. Several mining projects, mainly offshore, threaten the ecological sustainability of the islands. The fact is that, if not geographically, then politically and economically the Canary Islands have been separated from Africa. The umbilical cord has been artificially cut and restoring it is going to take more than words and wishful thinking. The Canary Islands have become an anomaly or, as European politicians say: an outermost region of the EU, together with Azores or Guadeloupe. A great euphemism to disguise the real historical process of colonization and accumulation.

The story of Gekah’s “Orgullo de barrio” (Neighbourhood Pride) begins with PSJM, an artistic team with Pablo San José and Cynthia Viera as members, whom I met in Berlin few years ago. As an art scholar and philosopher there have been many aspects of PSJM’s work that have caught my attention, and soon we began to work together and collaborate. Remarkable has been our analysis of the most extreme form of capitalist ideology: anarcho-capitalism (ANCAPS), with its yellow and black colour symbolism that we have addressed in video work, photographs, and book form. Many aspects of this ideology have become intrinsically part of the vocabulary of the political right in the Americas and Europe. I have also been a privileged witness and observer of many artistic projects carried out by PSJM in different parts of the world, works that have fascinated, and still fascinate me. By the time PSJM went back to live on the island of Gran Canaria, I became involved in Tropical Diaspora® Records thanks to DJ Garrincha. I followed the artistic practice PSJM were developing in line with the social movements that were gaining momentum in Spain at the time. In the city of Las Palmas de Gran Canaria, Cynthia and Pablo were getting involved in participatory art projects with actions and performances in several neighbourhoods. These projects turn inside out the traditional understanding of the artistic practice. The whole relations of the system of art are revolutionised as the process of artistic creation requires the participation of the people who are considered not just co-participants but also co-producers of the work of art. This methodology of work not only transforms the art and the people involved in it; it also transforms the artists themselves.

These experiments in collective participation, collective decision making, and grassroots democracy have been developed in several marginalised and poor neighbourhoods of Las Palmas de Gran Canaria. When I heard about the project that took place in Las Rehoyas resulting in the song of Alberto Gekah and the video clip of Asiria Álvarez, “Orgullo de barrio”, I immediately wrote Pablo and Cynthia and offered them to release the song on a vinyl record that should be a further step in the participatory process, a sort of crowning of the whole process in the form of a luxury ware. It took me a few minutes to realise that the song composed by Gekah wasn’t just a hit, something obvious; it was an anthem of the people for the people. Gekah puts into lyrics the sentiments of the people inhabiting many suburbs and peripheries around the world. In fact, the people themselves are speaking. Spivak’s original question Can the Subaltern Speak? is answered with a resounding yes; although the stories told are not always pleasant. The recording of “Orgullo de barrio” means the coming together of several talents: the original idea of PSJM concerned with a process characterised by basis democracy, the lyrics of the urban poet Alberto Gekah, and the superb visual work of Asiria Álvarez, an extraordinary visual artist. But all these are nothing without the people of the neighbourhood themselves, their social imagination and creativity. They are the real producers of the song.

Alberto told me the following about Las Rehoyas:

“Las Rehoyas is a poor, humble neighbourhood, abandoned by the governments in power. It is a neighbourhood that has been marginalised and then treated as if the marginalisation had been voluntary. But even so, as I say in the song, at least for the people who live here it is a comfortable place, or at least I feel that way, where one feels relatively safe, at ease, and comfortable. You’ve known it forever and you feel that familiarity. But it’s important not to misinterpret those words as an ode to poverty. The neighbourhood deserves improvement. Its neighbours deserve to be taken care of. And we deserve houses that are not “tack rooms” and falling apart.

The neighbourhood was much more violent before when I was a child and a teenager. Now it is emptier. Drugs took their toll; many are in prison or in and out of it. Mobile phones have destroyed a large part of people’s collective life… but, as far as it goes, the neighbourhood is much calmer than before, but there are still conflicts and problems because there is still poverty, precariousness, and abandonment on the part of the public institutions.

The video and the song have been very well received by people who identify with it, but I’m sure also by people who see it from a tourist’s point of view, of something that looks beautiful to them from the outside and in an artistic format, but that they wouldn’t live here and that they don’t care about the bad things that happen there either.”

Las Rehoyas is one of those neighbourhoods, suburbs and peripheries that proliferate in every city of the Western world and throughout the Global South. They are the direct result of capital accumulation that incorporates marginalisation and enclosures, which typically characterise capitalist social relations. Here in Las Rehoyas conflate old political struggles and the new diaspora of hopeless immigrants… where the streets have become breeding ground for the fascism that ravages Europe today. Gekah’s anthem exposes the contradictions of such places, a neighbourhood, with its joy and miseries; but he treats it with affection acknowledging that what we are, is also the product of those human relations that eventually shape every periphery.

Alberto Gekah is a rapper from Las Palmas de Gran Canaria. His political leanings are clear if you listen carefully “Orgullo de barrio” and the B-side of this record: “La doña y el conserje”, a song up-to-date. I am from the Canary Islands and a communist, I am very much an atheist, Alberto tells me with pride. The bourgeoisie is my enemy, he continues. His hip-hop is social, political… but sometimes is also intimate and affective. It depends on my state of mind, he writes. His career begins with “Mentes Divergentes” his band from 2007 together with Geño, Alhy and Migue aka Flako. Before that, there was a process of learning and consuming international hip-hop artists like 2pac, Eminem or Dr. Dre, the discovery of Spanish rap (Los Chikos del Maíz, Kase O., SFDK among others) and hip-hop made in the islands, where mi gente (my people) of A Rap Apart has earned a special place. Gekah’s rap has become harsh in some of his latest works… e.g. “Realismo Sucio” (“Tainted Realism”). The B-side of this recording, “La doña y el conserje”, has something of that. “Orgullo de barrio”, however, shows an affective flow that conquers every heart.

Side A • Orgullo De Barrio