writer and public relations in Brazil for Tropical Diaspora® Records

author of  “Do Frevo ao Mangue Beat” a precious panel on the music of Pernambuco, from the great names of frevo, such as Capiba and Nelson Ferreira, to the brilliant renewal of rhythms by Chico Science and Nação Zumbi – also highlighting the local tropicalist scene, the boom of the 1970s and the fusion with the rock of Geraldo Azevedo and Alceu Valença.

was born in Campina Grande, Paraiba, in 1955. He moved to Recife in 1960. He is a journalist, music critic and chronicler of Jornal do Commercio since 1980. He collaborates with several newspapers and magazines, such as O Pasquim, Caros Amigos , International Magazine, Bizz, General, Continente magazine. 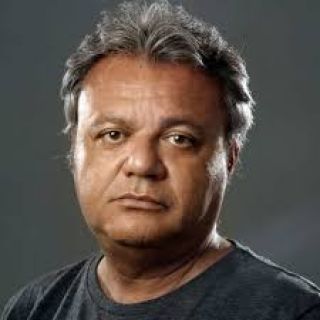 Tropical Diaspora # 1 the music of immigration in Oropa, France and Bahia

The music goes more and more together and mixed; making the concept of “world music” obsolete An example of this overturning of borders is on the album Tropical Diaspora # 1; which brings together music and musicians from Oropa, France and Bahia. The album had a brazilian launch on June 4 2020 in a live mediated by a singer from Olinda, Joanah Flor, with a conversation with DJ GArRincha and Dr. Sócrates, curators of the collection and the artists who participated in pocket shows.

The album, released by the Tropical Diaspora Records based in Berlin, has 10 tracks, and features 9 bands and artists from countries like Colombia, Mexico, Argentina, Puerto Rico United States, and Brazil. Four Brazilian names are in this LP, Ska Maria Pastora (Olinda), Abeokuta (Recife), BantuNagoJêje (Bahia) and Höröyá (São Paulo).

A record that starts centuries ago. with the forced travel of Africans to distant countries, mostly on the American continent. And it is made possible with recent trips by DJ GArRincha and Dr. Sócrates, the first Brazilian, the second Spanish. Interestingly, with pseudonyms of the names of Brazilian soccer players. GArRincha because when he started playing in Berlin, he used a lot of Elza Soares albums, a friend put on the nickname. The second, for having a doctorate in Art History and philosophy plus the sympathy for the Corinthian Democracy of the 70s.

One of them was a prosaic trip, by DJ Garrincha who came from Chicago where he lived to São Paulo. A friend, Alejandro Ayala or King Hippo a record collector, gave him the task of bringing back an album by Ney Matogrosso, which he found at the legendary Priceless & Afins a São Paulo store that made history in Brazilian music. Garrincha started an exchange with Luis Calanca founding owner of the store providing him with the album Olhos Negros Vivo by Renato Gama musician and activist of the black cause on the outskirts of São Paulo, released by Tropical Diaspora Records on vinyl.

A mutual friend asked DJ Garrincha if he knew the group Höröya from São Paulo, formed by Brazilians and Africans, recently from West African countries. The various links of diasporas came together. The world already has some time of migratory currents. In Madrid DJ Garrincha met La Rueda, a group formed by Colombians. Then the Bando rock group from San Juan de Puerto Rico. He returns to Brazil with Bantunagojêje, a Bahian group, which follows an aesthetic line closer to Africa, but without being obliged to attend Carnival, done for example by Tiganá Santana. From Salvador to California, and the Mexicans from El Santo Golpe, from the label Sonorama Discos.

In contact with Pernambuco for a long time, the people from Tropical Diaspora brought the Ska Maria Pastora to the album, and from Spain, Los Made in Barcelona, ​​formed by Latinos of various origins. DJ Garrincha retakes Olinda and brings Abeokuta to his hosts. From there to Germany La Finally, Riosenti, pair from Mexico and Argentina.

The relationship of the singer Joanah Flor with the DJs arose through Ska Maria Pastora:

“I entered the story because I have a project with few musicians from Ska Maria Pastora with a new project of my solo carrier. I met Dj Garrincha through them. Garrincha liked my song Deixa Ela, and invited me to participate in the next compilation of the label which will be made by women from various countries a work more focused on social issues and feminism. There will be singers from São Paulo, from Argentina, the selection is on going.”

She would start recording an album when the pandemic came and she will be part of the compilation with tracks from the repertoire she prepared for her album: “It is the song Sereia da Maré, where i gave strength to shellfish fisherwomans that has everything to do with Tropical Diaspora Records.”  The music is being produced in Berlin, says Joanah, who is also supporting the label in Brazil.

The album opens with a speech by the pajé Davi Kopenawa Yanomami, with an emphatic speech:

“… Civilization is a beautiful name, and for us, for us as Yanomami, like other relatives, we keep looking, white people like to look for of wealth, like a piece of stone, gold, diamond, and other things that do this here, the heart of the internet, they look for. They say that an Indian is lazy, he is wild, he is a monkey, they speak to us, but I can give him back his word, a white man, they are real savages ”.

In the same way slaved Africans were hunted, tied and thrown in the hold of ships, Africans nowadays who leave their continent in search of better days in metropolises like São Paulo, everyone brought with them a cultural baggage with transforming force that acted irreversibly in the places where they landed. The very white bossa nova would not have existed had it not been for the African Diaspora in Brazil, just as the Beatles did not exist, had it not been for African American music.

Although the convergence to Africa, styles could not be more different. Ska Maria Pastora even though coming from Olinda like Abeokuta and having a musician playing both brings two very different sounds. Los Made de Barcelona makes an afrobeat with Latin swing. Curiously both Abeokuta and El Bando, in the wake of their songs recall Carlos Santana a Mexican since he was a teenager in the USA who revolutionized Latin music intuitively mixing it with rock with long and lyrical guitar solos leading a band formed by Mexicans and blacks. Tropical Diasporas is a record traveled and engaged which ignores borders and privileges origins.

digital and printed by Jornal do Commercio