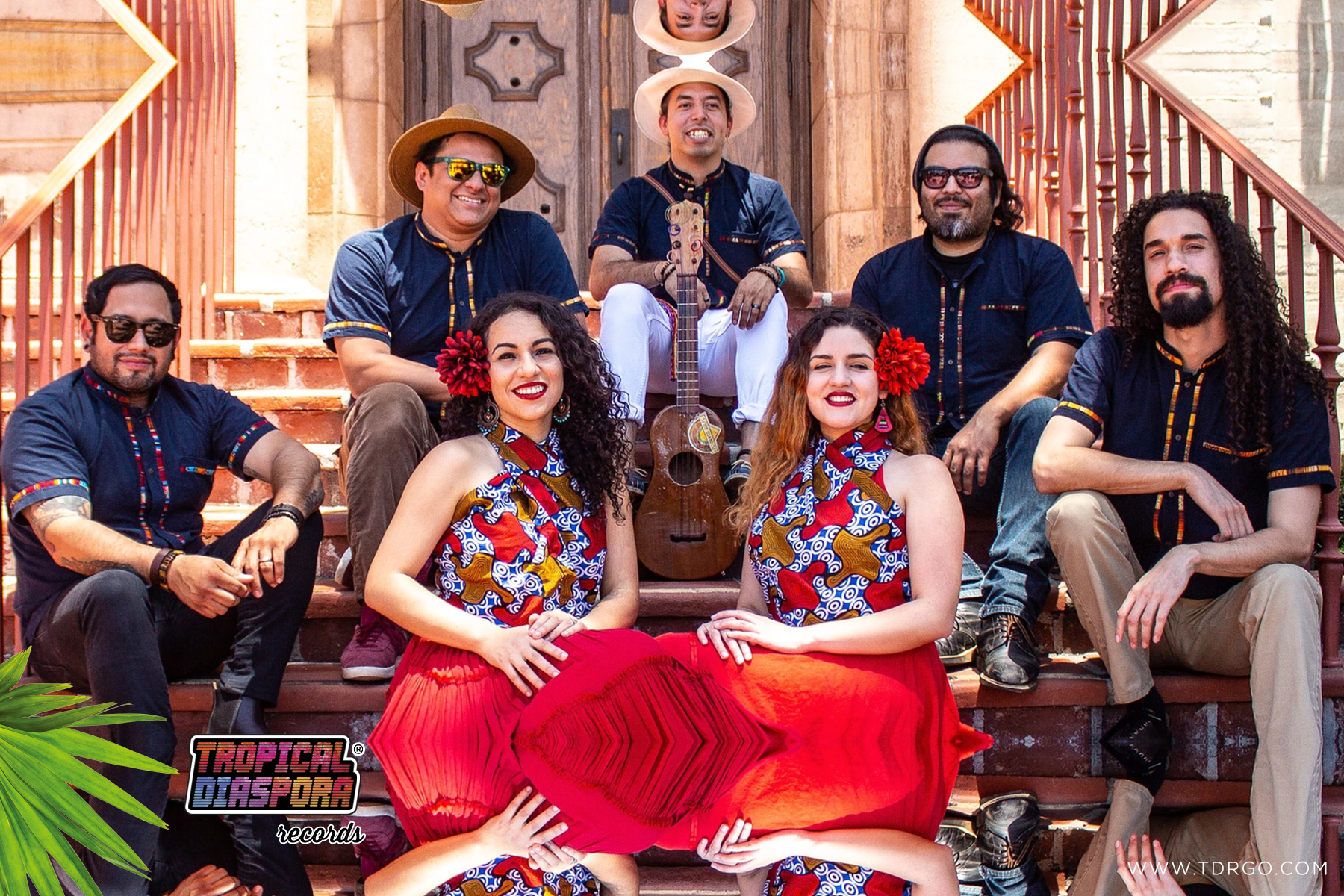 Dear Friends of Tropical Diaspora, we are immensely delighted to introduce you another group of musicians and dancers example of the dispersing culture in the north of the hemisphere of our planet. Dispersion is a word closely connected with our main motto as an independent label, i.e. the Diaspora or, in other words, the dispersion of culture through movement. Yes, the movement of people around today happing on a huge scale worldwide.

The reasons and conditions why people move around are unbounded. From a planned move to a country never visited before to months of travelling on foot escaping death in civil wars. Take the case of Africa, a mass movement of people managed by Europeans brutally coercing Africans to move to the colonies. The cruelty, harshness, callousness, sadism, viciousness and barbarity involved was inhuman.

Despite all this, people still have the hope to find a better place. They carry with them the memories of their culture, which is deep inside of their souls. This astonishing fact of human nature gave rise to all possible cultural expressions far away from their origins. The most staggering example of it is the Afro Diaspora in the Americas, which has not only managed to preserve the own culture but was able to influence everyone around, like the native peoples who shared the sufferings and the struggle resisting against the European oppressors who through colonialism and Christianity tried to assimilate them if not erase those cultures in order to create the artificial new congenial culture of the colonies.

At Tropical Diaspora® Records part of our political message is to highlight the importance of those movements in the context of being an independent label based in Europe. We select and connect artistic positions thus giving to all our projects a deep Diaspora connotation.

Having this in mind, we want to bring to you a band that shares this deep Diaspora connotation. They live in a corner of our planet with perhaps the highest demographic density of Diaspora worldwide. We are talking about El Santo Golpe, a band from California that we first contacted through our friends of Sonorama Discos based in Chicago, another city known for the greatest diversity of Diasporas in the world.

Traditional music from the many regions of “Latino-America” are at the root of our musical expressions. Most, if not all of these regions, have been affected by the different types of music that were introduced by many regions across the world creating a mix of all these cultures. This music from our upbringing holds a special place in our memories and El Santo Golpe is taking a new form that will be sure to be loved by generations to come. El Santo Golpe is a group from Riverside California that originated in 2016. This musical and cultural project was created with the vision of bringing an original sound to the fun world of “afro-latin” music. Influenced by the different artistic and musical experiences in their lives, a group of close friends and family decided to create this project, where they would fuse the sounds of Cumbia, Son Jarocho, Garifuna, African Drum Beats, Poetry, Folkloric Dance and much more in their music, in order to bring the fun world and sound of El Santo Golpe.

The band El Santo Golpe couldn’t be better entitled to represent us in our Diaspora journey. The Diaspora in the names of the musicians shows us already what all this means: Ulises Rodríguez band leader, vocal and accordion player, Analy García and Eduvina Orozco dancers, Ivan McCormick, Jorge “Suggy-Oso” Canchola and Danny Orozco percussionists, José Luis “Aguatl” Ledezma percussionist and accordion player, Alex Reyes on the Bass and Vocals.