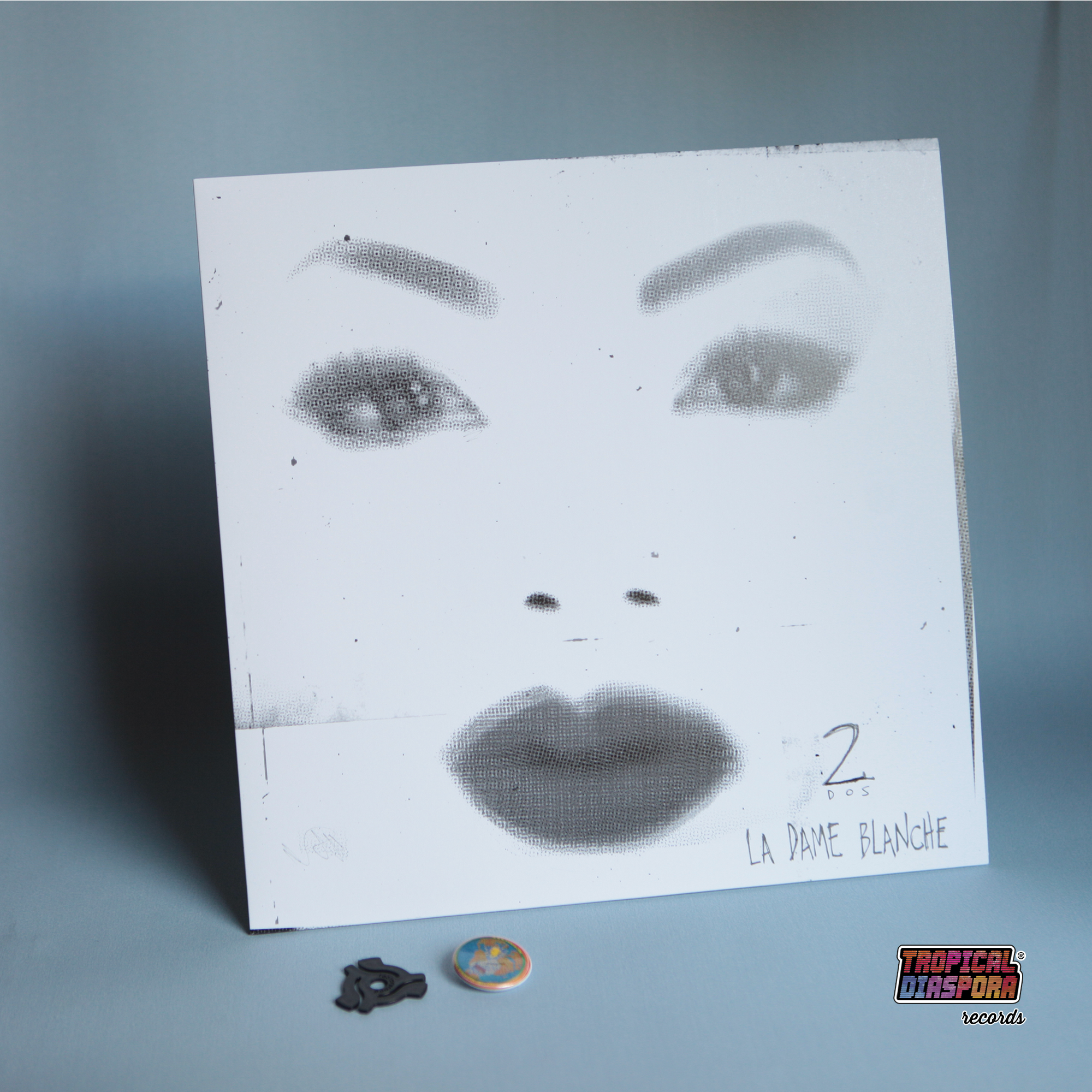 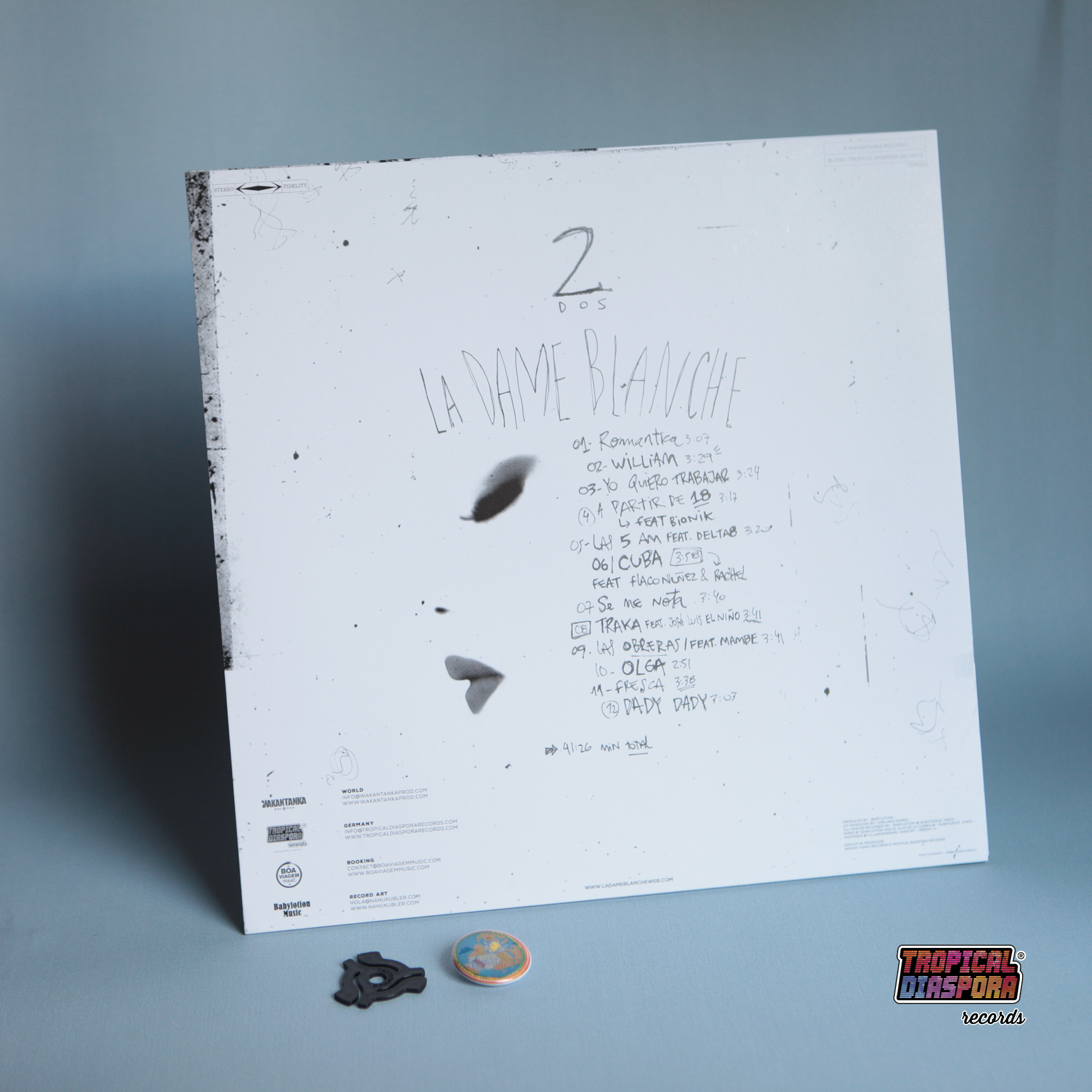 La Dame Blanche 2 on vinyl by Tropical Diaspora® Records Berlin in cooperation with WAKAN TANKA RECORDS is proud to announce the release of its first LP. This great record is produced by Marc “Babylotion” Damblé and Emiliano “El hijo de la cumbia” Gomez, a masterpiece of urban music that travels through hip hop, cumbia, reggae, rock… and much more.

The LP version includes 12 tracks and has been pressed in Germany by Tropical Diaspora® Records. This is a dance floor delight suited for vinyl DJs that will be great for collectors too.

Everything began in 2015 when Tropical Diaspora invited La Dame Blanche together with Marc “Babylotion” Damblé to do a concert for the first time in Berlin at BiNuu. After an awesome performance we proposed Yaite Ramos, La Dame Blanche, to press her next album as vinyl record. Without giving much thought her answer was YES! So, one year later here we are very proud to be part of this great project called – “2 – La Dame Blanche”.

La Dame Blanche “2” is a collection of 12 tracks of urban music with a strong social content and intense spirituality, the sort of stories that need to be told, says Yaite Ramos.

Born and raised in Pinar del Rio, the westernmost province of Cuba, her mother wanted a girl and after three boys, Yaite was born. “As a child, I didn’t realize how poor we were”, she said, but she knew she was “loved and happy with little like any happy Cuban child”. She was the daughter of Jesús “Aguaje” Ramos, the artistic director of the Buena Vista Social Club orquestra, her days on the island filled with dancing and singing, though it was in Paris that she began sharing her music with artists around the world.

“My dad was the person that I always wanted to impress”, she tells, while confessing that “the entire world knew me as HIS daughter and that is one of the reasons I called this album ​ELLA (HER).” This fourth album by La Dame Blanche is a tribute to her mother, and all of the women that inhabit La Dame Blanche. “My mom makes everything shine, from the floors of the house to the music in my soul”.

This is the reason that “ELLA” has such a powerful and rebellious spirit, and is above all a tribute to women, with ten songs that represent all sides of the artist.

This Cuban living in Paris creates blends in every aspect; between Latin and Urban, Cumbia and Hip-Hop, the strong and the sensual, and the stage lights a show and the flame of a candle in a ritual.

During the last 5 years, she performed nearly 350 shows, in 33 countries of 5 continents.